Central Florida’s well-developed infrastructure allows connectivity to all modes of transportation. We’re the only Southeast location with two international airports within an hour’s drive and have more rail miles than any other location in the region. International companies and those with a focus on global trade will appreciate our close proximity to seaports, including the second largest Foreign Trade Zone network in the country. Winter Haven’s recently-opened CSX Intermodal center, which handles more than 300,000 shipping containers each year, keeps it all connected. 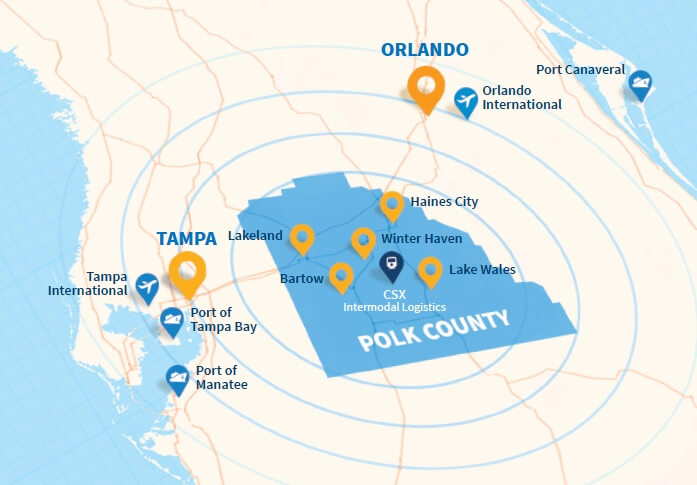 Polk County is intersected by Interstate 4, the Polk Parkway, State Road 60 and U.S. Highway 27 with easy access to Interstate 75 on the west and Interstate 95 on the east. 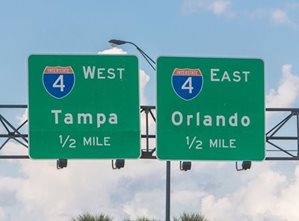 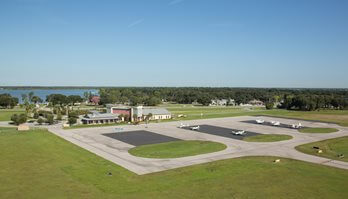 Several of our regional airports are also ideal for major companies like Drakken International to call home. 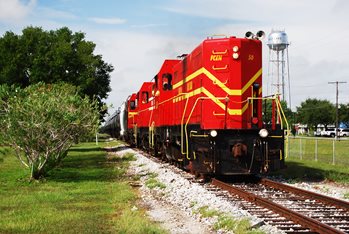 Polk County has earned the distinction of having the most rail miles of any community in Florida. Excluding rail spurs, Polk County has 20 rail lines comprised of more than 330 miles of mainline track.

In 2014, CSX, which operates the majority of rail lines throughout the entire state, opened a state-of-the-art Intermodal Logistics Center in Winter Haven. Capable of processing up to 300,000 shipping containers each year, this centralized hub manages transportation, logistics and distribution for Central Florida’s regional markets including Tampa and Orlando.