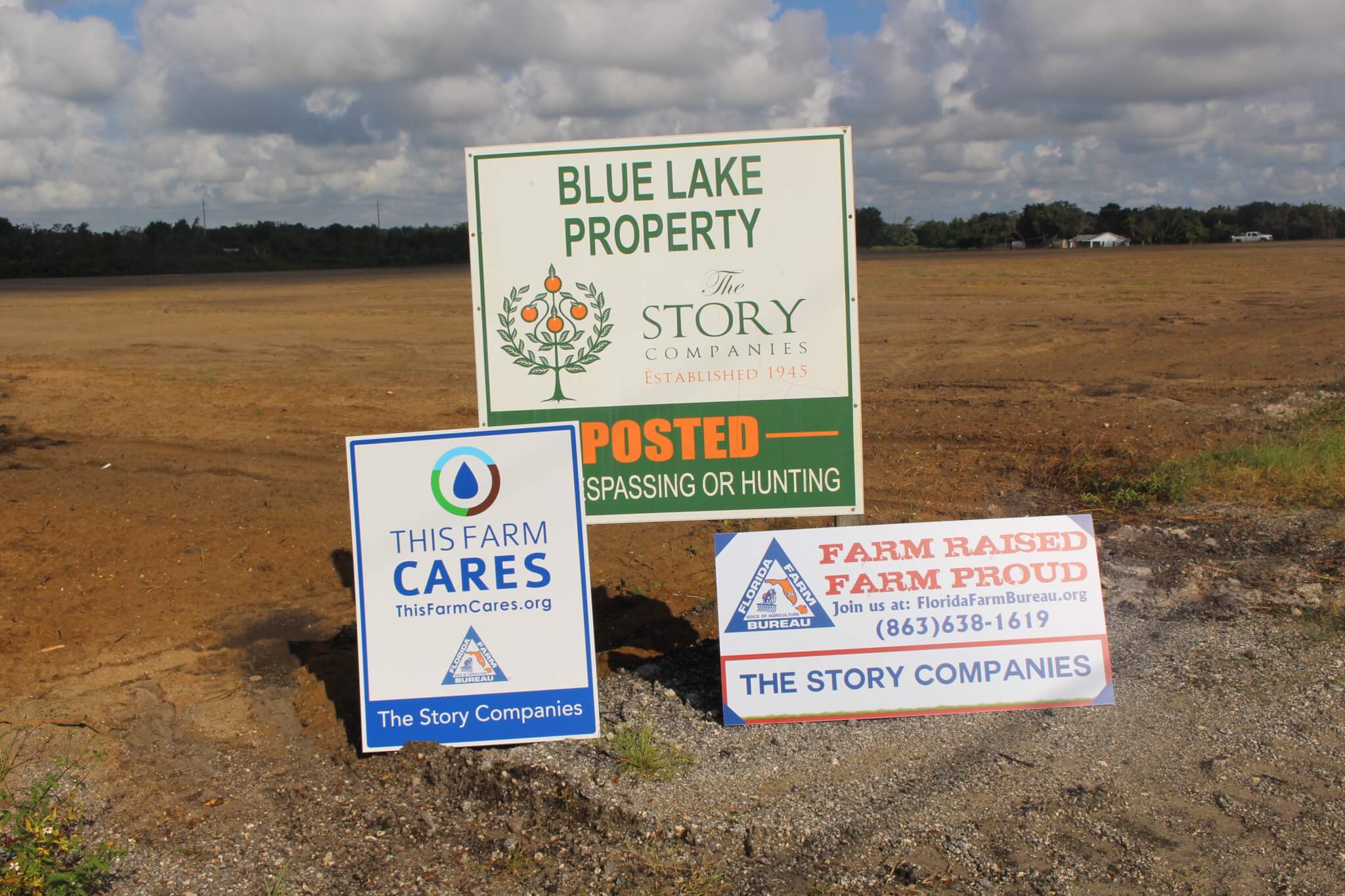 Kyle Story is a fourth-generation farmer and Polk County Farm Bureau member who knows adapting to changes in his industry, including protecting the environment, are critical to surviving and prospering.

Now, for instance, The Story Companies mulches all of its trees when they no longer produce citrus. “Now, citrus is more like farming,” he told community members on the 2018 Tour of Ag Land, held to highlight farms like Story’s that have received the “This Farm CARES” designation.

The CARES program (County Alliance for Responsible Environmental Stewardship) focuses on Best Management Practices, which were designed by the University of Florida’s Institute of Food and Agricultural Sciences division to advise farmers and ranchers on “how to manage the water, nutrient and pesticides they are using to reduce agriculture’s impact on the state’s natural resources,” according to the program.

The Story Companies, started in 1945, grow citrus, peaches and blueberries on land in Polk, Hardee, Okeechobee, Hendry and Collier counties. Kyle Story, who bought the land from his family, said he must plant trees more densely to make better use of less land. He now plants 212 trees per acre rather than the previous 145, he says. But, the payoff is better quality fruit.

And, he has to plan to turn the land over more quickly. “What used to be a 50- to 100-year investment is now 10 to 20 years,” he says, blaming the citrus disease known as greening, which destroyed many of Florida citrus trees, on changing the way crops are planted and cared for.

His family’s company has used the CARES’ program’s Best Management Practices (BMPs) for about 15 years, focusing on water usage. Various agencies help with the cost of implementing BMPs, which allow Story to use less water, meaning he can “spend less and get a better product.”

The Story Company also follows BMPs for nitrogen, a fertilizer, something that’s critical with wetlands bordering their property. “We don’t impact anything outside the citrus, blueberries and peach trees we are trying to grow,” Story says. “We mitigate nitrogen runoff by using water correctly.”

“We try to be the best stewards we can,” he says. “I want to farm this land the rest of my life.”

Matt Warren, environmental manage with the Florida Department of Agriculture and Consumer Service says many CARES’ farms now take soil tests or tissue samples before they fertilize, and some do it twice a year. “With citrus, they take soil and tissue samples to see what that tree needs. Technology has come out with a lot of new things. There are soil probes to test moisture to see if you need to irrigate today or not.”

He says the Department of Agriculture will often reimburse farmers and ranchers up to 75 percent of their costs to try to do things like keep water on their property, avoiding runoff; reuse water and irrigate crops with it; and not tap groundwater, which is not as good as surface water.

Story says the company, which owns or manages 7,000 acres, is always trying to figure out how to minimize its impact on its neighbors. The newest venture is mulching the trees, which eliminates the need to get burn permits — a task that was never easy, he says.

The resulting mulch from the trees can be sold as “bricks” to restaurants, as pellets or chips to be used in backyard smokers, or to energy plants, he says. “I’m excited about it. It’s another source of income.”

He says his family, the U.S. Department of Agriculture and UF’s IFAS are also working on developing new varieties of citrus with a rootstock that is free of greening. He hopes to create an easy-to-peel, seedless mandarin that will be a healthier option to candy and cookies, something parents can feed to their children. Eating oranges rather than squeezing them for juice may be the model for citrus in Florida, he says.

He’s tried growing peaches, but they don’t have enough of a shelf life, he says. They are now testing peaches brought in from South Africa.

“We’re looking at all our options to maximize what we do,” he says. “Agriculture is important to every citizen of this country.”