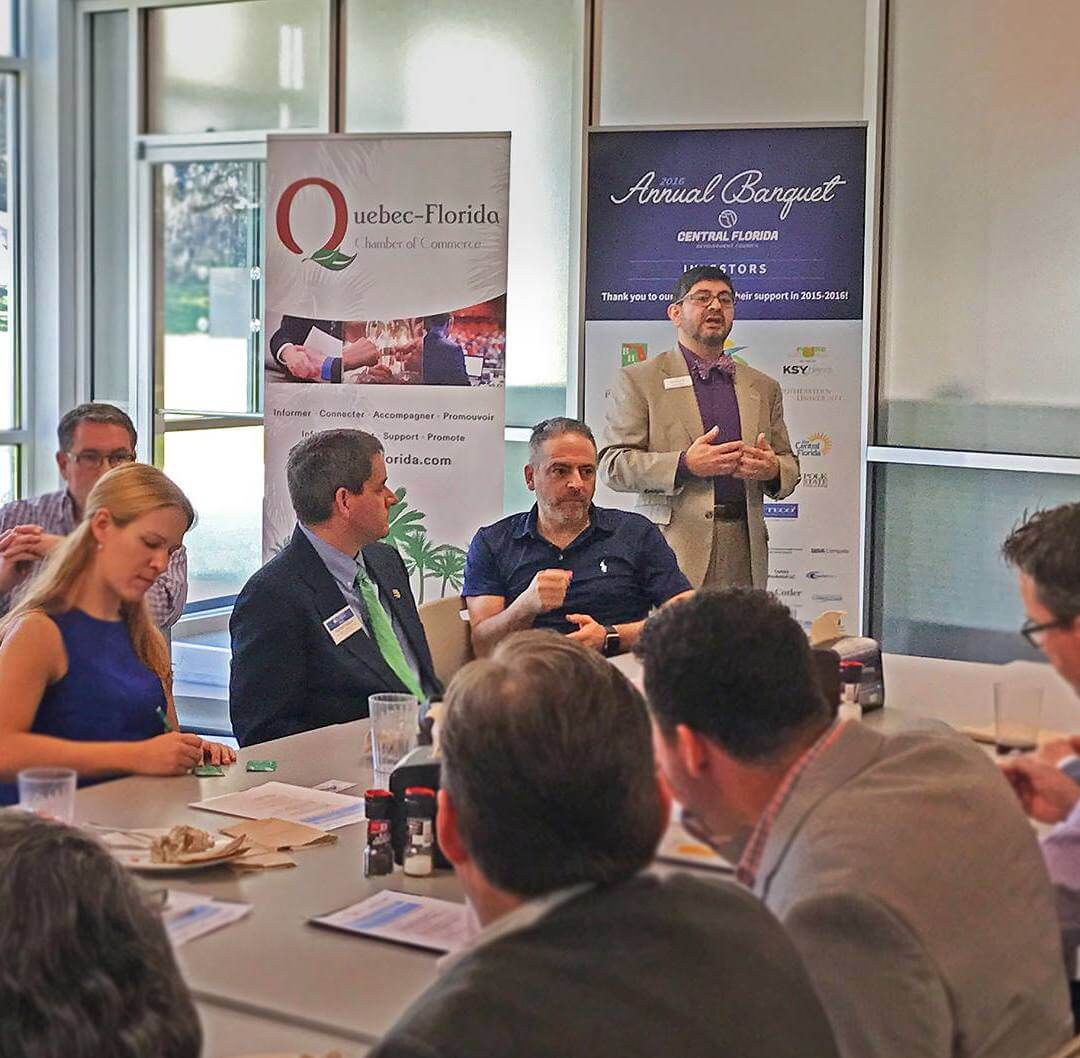 The PGTA and its director of Business Development, Javier Marin, seek to expand Polk County business growth on a global scale

The doors of opportunity are open to international trade in Lakeland, Winter Haven and the greater Polk County Area, and the Polk Global Trade Alliance (PGTA), a component of the county’s economic development engine, is working to see the opportunities are created in both directions. From importing to exporting and foreign direct investment, Polk County is primed for the international arena.

“The issue is that many companies are concerned about the unknown. They don’t really know how to navigate the foreign market,” says Javier Marin, who joined the Central Florida Development Council (CFDC) in the fall of 2016.

During the first nine months of 2016, exports declined 9 percent in Florida, while imports rose 1.6 percent compared to the same time period in 2015, according to an Enterprise Florida report. Exports totaled $50.5 billion compared to $55 billion in imports. The tally includes all goods shipped to, from or through Florida, as well as those produced in it.

As CFDC’s director of Business Development, Marin’s primary responsibility is overseeing the PGTA. In January, he began work on a Metro Export Plan to assess local business offerings, determine what can be exported, and set goals. Part of recent plans include to gather insights by April and compile a report by July. “The idea is to provide a clear, easy-to-read document for all the [PGTA] stakeholders,” Marin says.

The CDFC is looking to local companies to participate in surveys, roundtables, focus groups, and questionnaires. “Once the plan is completed, my role is to be the one stop for any companies in Polk that wish to import or export their products or services,” he says.

Workshops also have been planned throughout the year to show businesses how they can reduce the risk of foreign trade.

Marin has been looking to connect with manufacturing and service businesses that have been operating for at least a year and have established a domestic client base. He also can help start-ups that want to begin laying the groundwork for export trade. “We’ll do an analysis of their product and service, and we’ll help them determine if there is an opportunity,” he says.

Marin brings to his CFDC trade role a background in finances and international services, including letters of credit. He previously worked as assistant director with the Florida Small Business Development Center at the University of South Florida, where he handled international trade, finance, and growth-acceleration services. In addition to 22 years in the banking industry, Marin has served as an elected member of the Dover, N.J., Board of Education and as Dover, N.J.’s mayor.  He has been certified as a Global Business Professional by the National Association of Small Business International Trade Educators.

Marin’s duties at CFDC involve interacting with foreign delegations exploring the area, including a group from Canada that visited the area on Feb. 1, as well as maintaining relationships with foreign consular representatives.

The Tampa and Orlando markets already have been working to develop international trade. The CFDC wants to do its part to complement their efforts in the larger Tampa-Orlando “super region,” Marin points out.  “We are also looking at establishing an environment where we can provide the tools and the information that local companies may need in order to be able to export their products and services,” he elaborates.

So what companies are ripe for international trade in Polk?

General manufacturing is always a prime beneficiary of global trade activity. Beyond manufacturing, firms that provide professional services like architecture, engineering, legal, accounting or technology can become exporters. “Technology companies, software developers typically do most of their work here and sell it abroad, without even having to leave the U.S.,” Marin shares.

An engineer might gain an overseas contract. He or she would visit the area and establish pricing, hire locals in that market, and provide oversight for the jobs. Colleges and universities can seek international students and collaboration agreements; tourism offers yet another opportunity.

Current international players are in agriculture and mining, Marin observes, with Mosaic being a big player.