News
Home News Census Hits Pause Button, but You Can Still Respond and be Counted
Go back to Blog page.

Census Hits Pause Button, but You Can Still Respond and be Counted

Collecting 2020 Census data continues despite coronavirus (COVID-19) shut downs across the country, and it may be more important than ever.

“Let’s just think about resource allocation right now,” said Kim Long, executive director of Polk Vision, one of the local agencies working to ensure every person in Polk County is counted. She was referring to decisions the president and governments are making now to allocate healthcare resources to contain the virus, decisions based on 2010 Census data.

Polk Vision has taken the lead role in informing Polk County residents about the Census, ensuring they know it’s critical for government and business alike, far beyond redistricting and political representation in Congress.

The organization worked with the Central Florida Regional Planning Council to develop PolkCounts.org, designed to keep residents abreast of Census information with “one voice for Polk” that is local, purposeful and inclusive, Long said.

But that was before the coronavirus pandemic gripped the nation and altered plans for the once-a-decade count.

“[Before the virus,] my public appearances always began with telling audience members, apart from voting, this may be the most important thing you do for your community this year,” Long said. That message has changed, but filling out your Census data online at www.my2020Census.gov is in the top three things you can do to support your community this year, she said. 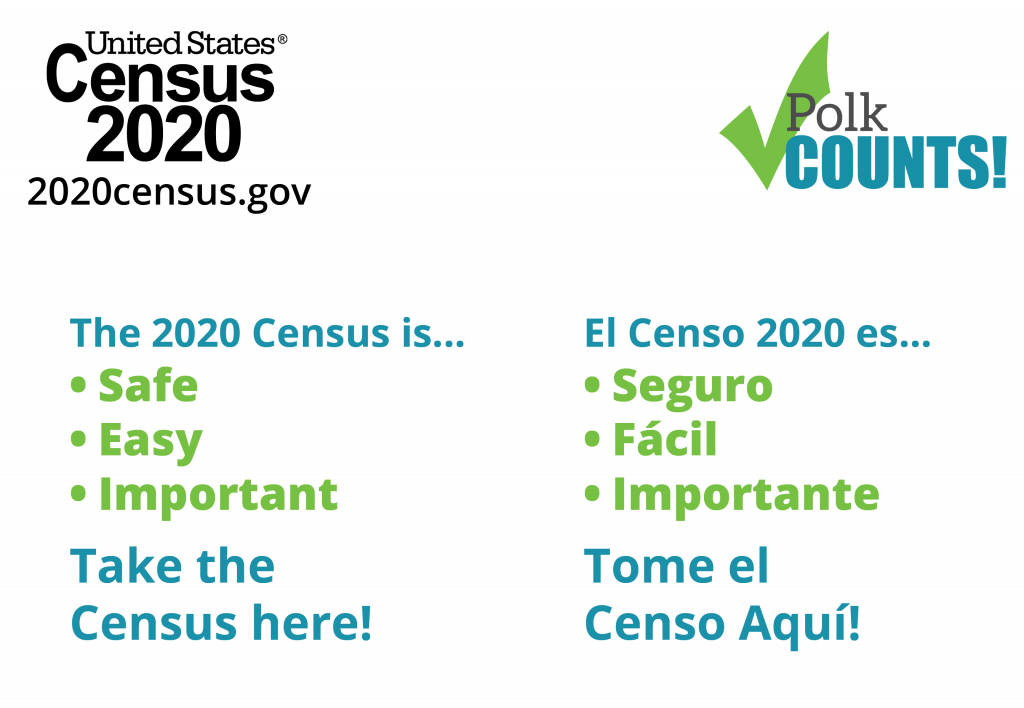 Collecting data has been extended two weeks so far, and that could change, but all data must be sent in a report to the president by December 31. Through March 24, the self-response rate in Florida was 25.8 percent, compared to 26.2 percent nationally. Polk County outpaced both at 26.6 percent.

Long and others are urging businesses to help spread the word to their employees.

“From a business standpoint, major employers should recognize the importance and encourage staff to respond.” A few things businesses can do:

“There are normal and routine things businesses can do that are low cost or no cost,” Long said. “Everyone can help. It supports all of our work.”

People are urged to reply online to save resources and money and allow the government to process information more efficiently. Those who cannot will be sent a paper questionnaire in April.

Polk Vision is trying to concentrate its marketing efforts in areas where resistant populations reside, based on the 2010 Census. “Resistant” populations, Long said, include those who:

The agency is working with nonprofits, faith-based leaders and other influencers to bridge those gaps. There are also issues surrounding literacy, she said. People may be conversant but may not be able to read, even if the questionnaires are sent in their native language. 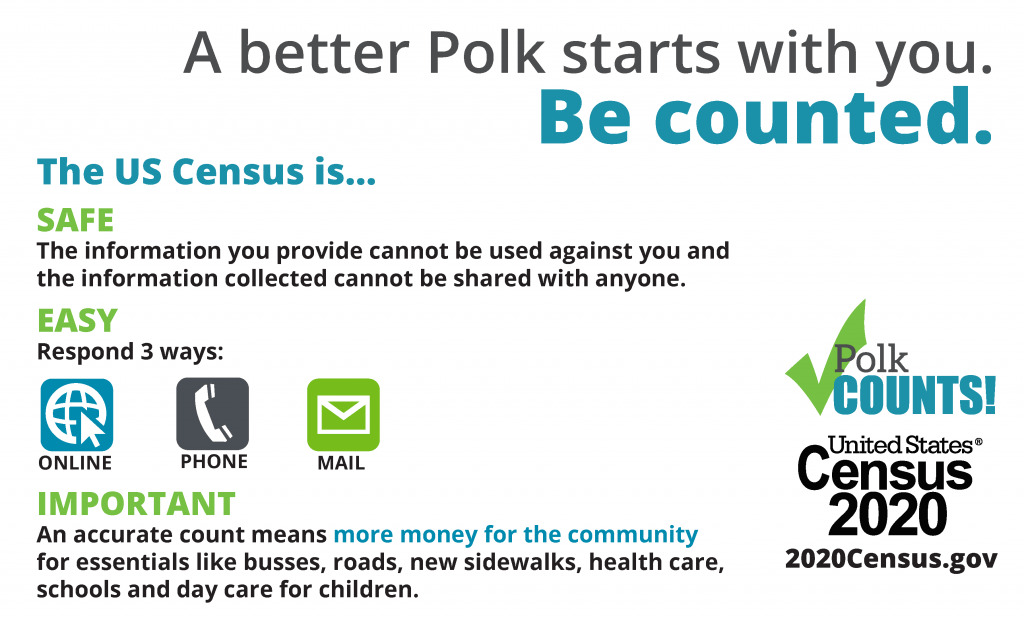 So far, Lake Wales has the highest number of people who have responded, 30 percent. Other Polk communities that have more rural route boxes rather than individual mailboxes, are lower. “We have some specific address issues that have to be more personally attended to,” Long said.

“We’re going to take a more personal approach. With limitations on people gathering, we have to recalibrate; we don’t have answers yet,” Long said, saying plans for mobile assistance, community-led meetings, participation in events and at libraries, and the like are on hold.

With Census Day on April 1, Polk Vision is urging anyone with a computer to fill out their information online before then.

“We have one shot every 10 years to get it right,” Long said. “It is incredibly important to do it the right way and get every person counted, whether newborn or most senior or the homeless. Everyone needs our social services.”