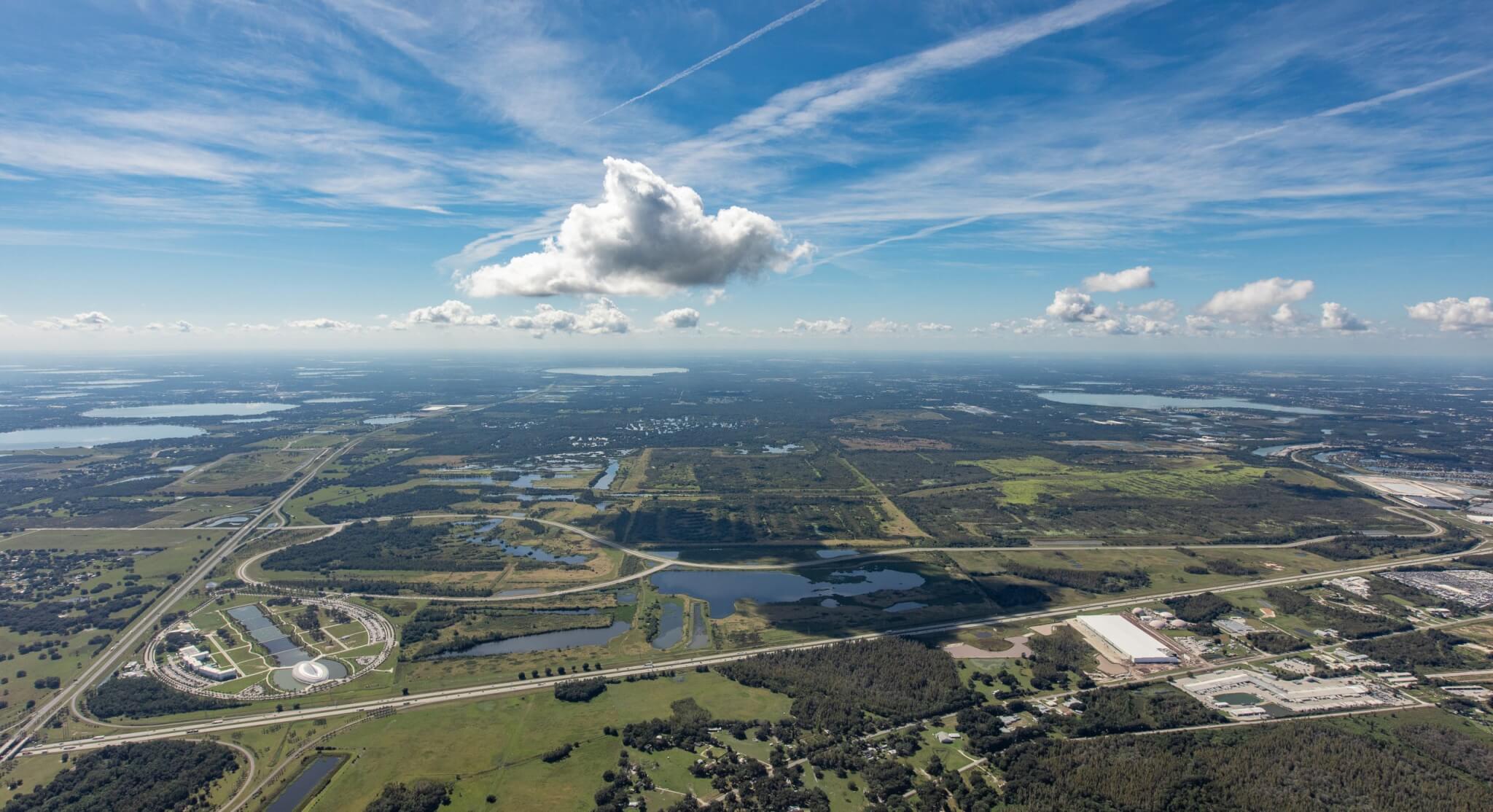 When your business has access to 10 million people within 100 miles while in an area with an alluring business climate and explosive population growth, success follows.

Ideally located between the major metros of Tampa and Orlando, Polk County boasts a pro-business environment that offers a potent blend of connectivity, workforce talent and low operating costs. Its well-developed infrastructure allows connectivity to all modes of transportation, including three international airports and three seaports within an hour’s drive, and 300 miles of rail.

Local officials help our employees keep money in their wallets by being good stewards of tax dollars. According to WalletHub, Florida ranks sixth in the nation on state and local tax rates on the median U.S. household income at 8.23% — or about $5,200 a year. That’s nearly 24% lower than the U.S. average. The Tax Foundation ranks Florida No. 4 in the country in taxes, No. 1 in individual taxes and No. 6 in corporate taxes.

Ranked in 2020 as Florida’s most industrial diverse MSA, Manufacturing remains a top employer in Polk County with about 17,000 jobs or about 8.8% of the workforce. As manufacturing becomes more advanced and tech-enabled, moving from the assembly lines we’ve all seen on old television shows to robots and artificial intelligence monitored by highly skilled employees, wages increase, averaging about $57,000 a year now. In Polk, about 70% of manufacturing jobs are in advanced manufacturing.

The county’s job growth, predicted to increase to 42.5% in the next 10 years, is higher than the national average of 33.5%, according to BestPlaces.net. At the same time, according to U.S. News & World Report, Polk continues to rank high:

All those people need places to live, fueling growth in construction. Polk County ranks 13th in housing units, a 12.5% increase to 316,381 units.

BuzzFeed reported that Lakeland ranked No. 2 in locations people moved to in 2020, thanks mostly to lower cost of living and location.

Quality of life measurements like the crime rate is decreasing, while we are increasing in the rankings for the health of our children.

We work hard to ensure residents have options, whether here or nearby. Just an hour’s drive from the Gulf of Mexico’s pristine beaches and Orlando’s many tourist attractions, Polk County residents can spend a day out and still return home in time to visit one of the county’s fine-dining restaurants, beer gardens or local bars. Closer to home, they may opt to take the kids for a fun outing at LEGOLAND Florida, some quiet time in the serene Bok Tower or to any number of the county’s parks, lakes and other outdoor attractions.

The county’s seven institutions of higher education – Florida Poly, Florida Southern College, Southeastern University, Warner College, Webber International University, Polk State College and Keiser University – are preparing today’s students for the jobs of tomorrow – even ones we can’t envision. They are creative in their approach, designing training programs in virtually no time to teach new skills while providing programs to assist those who need help advancing in their careers or reaching career goals.

In an area that encompasses roughly 3,000 acres out of 2,000 square miles of Polk, the district will provide a variety of opportunities to diversify the economy. It will leverage major state investments and build upon the cutting-edge technology being developed at Florida Polytechnic University and tested at SunTrax, the Florida Department of Transportation’s new 475-acre testing facility along the Polk Parkway.

It pursues that work at nearby SunTrax, a three-phase experimental track being built by the Florida Turnpike Authority to develop and test new toll technology, driverless cars and developments in mass transit, among other things.