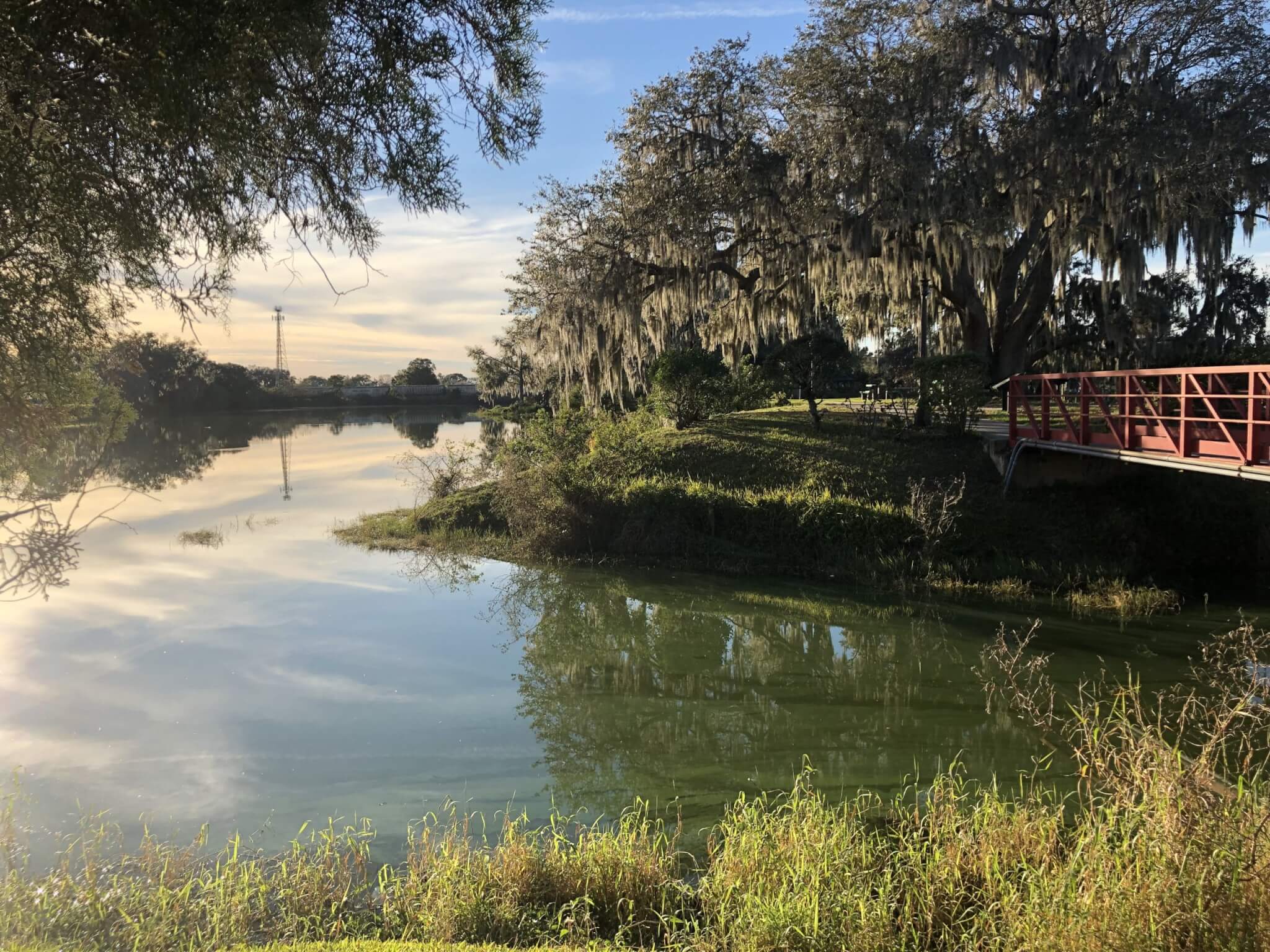 Polk County’s oldest city is preparing for the future in many ways; Fort Meade is addressing infrastructure and recreational needs, working to attract new businesses to the area and involving its residents in important decisions.

The two people at the helm are relative newcomers to Fort Meade; City manager Jan Bagnall and assistant city manager Maria Sutherland. Both are working hard, seeking new ways to fund projects and being collaborative in their endeavors. And both love the southwest Polk County city.

“We have a lot to offer, and when people visit they can see and sense that there is something special [here],” Bagnall said. “I am not from Fort Meade, but I do love this small city and can assure you that the entire workforce has never been more motivated to improve this city.”

Bagnall has been city manager since April 2021 and says he sees an opitimism in the residents that was missing for quite some time.

“They have confidence that the commission and city management are on the right path to making Fort Meade prosperous again, as long as we keep the small-town feel.”

Maria Sutherland, the first person in the newly created assistant city manager role, arrived in Fort Meade thinking she would never again work for a municipal government. “When this position was advertised  I researched Fort Meade’s history, its budget, staffing and charter and realized it was very similar to Avon Park,” she said.  “I am very grateful that I can use my years of municipal experience to make a difference.  Fort Meade is a treasure box full of the friendliest people and extremely talented and knowledgeable employees.”

Bagnall said the city is facing challenges as neither housing nor jobs seem to be keeping up with growth.

“Every new build in the city is sold prior to being completed,” he said. “The inventory on the market for housing is limited in Fort Meade, and the builders are trying to keep up and infill construction is booming. It is a matter of time until new commercial accounts and expansion outside of the formal city limits may be necessary.”

Fort Meade actually lost about 500 residents from 2010 to 2020, dropping to 5,100, but Bagnall said he doesn’t agree with that. “We had more than 5% growth in electric accounts and currently every single vacant lot is being bought up and developers are building anything they can. We are at times having 12 new utility hookups per month, so we are definitely growing.”

That’s despite the fact the price of lots increased from $8,000 to more than $40,000 in a little more than a year, he said. “We have commercial interest and residential development calling almost daily to inquire about working with the city on zoning for new build.”

Bagnall said he thinks people are moving to Fort Meade to get away from the larger cities and traffic and because it’s less expensive than other areas in Polk County. “We have significant interest in all areas of the city, and we will be actively looking to annex into the city developments that need or would like to hook into the city utilities.”

The city recently worked with the Central Florida Regional Planning Council to update its vision plan to guide future growth. “We are actively pursuing some aspects of that with a $750,000 Community Development Block Grant to enhance, beautify and improve pedestrian safety on Main Street and MLK Street. We are really looking forward to breaking ground on that to enhance the downtown areas.”

The city is also working with several private businesses in potential land swaps so the city can obtain strategic properties to enhance some city facilities and the downtown corridor and the companies would move to industrial areas that would conform better with Fort Meade’s Land Development Regulations, Bagnall said.

“Those discussions are at the planning stage and we are bringing in technical staff to usher that vision forward and get it on paper so all parties can agree and pull off the six-parcel swap in the city.”

Bagnall and Sutherland have applied for grants to help the city replace its infrastructure, some of which is more than 100 years old, Bagnall said. It has received:

In addition, the city is preparing its electric system for hurricane season. Bangall, who also serves as the director of the city’s electric utility, is proud that it has reduced its electrical outages 95% in the last two years. Fort Meade provides electricity to about 3,000 meters in a 5-square-mile area.

But there’s more activity in the city than just infrastructure. Bagnall said they are expecting a new fire engine this fiscal year, which is “providing a lot of excitement in the city,” and anticipating a $200,000 Florida Recreation Development Assistance Program grant for the Community Center for upgrades to recreation infrastructure.

The city’s workforce has grown a little, Bagnall said, and the city is trying to offer incentives to attract new commercial activity. He’s been in contact with several large companies regarding growth in the city. Although he can’t provide specifics yet, he did say the projects would “change the face of Fort Meade.”

The city has also started foreclosure proceedings on vacant buildings in the downtown commercial corridor and “will look at turning those over to commercial interests as we get ownership of those facilities.”

In trying to attract new business, the city focuses on its low electric rates, its short outages (when they occur) because its workforce is local, low cost to develop property and the fact that more than 35,000 vehicles travel through the city daily.

“In essence, we still have the small-town feel with limited traffic, where residents can use golf carts in the city limits, have the ability to attend festivals when we close down Main Street (which makes it almost feel like Mayberry), and the city management is actively involved in all aspects of city planning, events and day-to-day operations.”

As a first-time city manager with a background in private business, Bagnall brings a different mindset and is open to new ideas. He’s been involved in the community to engage residents at all levels, even holding open forums to solicit ideas. In addition, he said:

The city also got commissioners’ permission to negotiate a reduction in liens to facilitate development while ensuring code compliance. “We are encouraging developers and contractors to work with property owners and vice versa to improve non-compliant properties within a specific time frame with a lien reduction. If the property is not improved within a specific timeline, then the liens kick back in and the property owner goes back on the code enforcement list with likely a continuance of liens.”

He said the program is a win-win. “Properties are improved and the tax base increases.”

“We are open to discuss any new ideas,” he said. “City residents have found that new management truly has an open-door policy and residents are free to discuss anything of concern at any time. I would say that there is a sense of optimism in the city that has not been present for decades, and you can feel that by stopping in any of the local shops or restaurants. It does seem to be the talk of the town at times.”

Fort Meade is home to the 430-acre Peace River Park “that is truly a gem that needs to be a focus of the city and that can serve to bring people to Fort Meade,” Bagnall said. The city is looking to begin the Fort Meade Outpost project there.

“The first part of that is to build a multi-purpose building that can serve as an agriculture building and an emergency shelter,” he said. “There are no emergency shelters in the south part of Polk County and the residents of Fort Meade deserve to have that available to them.”

Like many cities and industries, Fort Meade is challenged by inflation and the availability of parts and/or contractors, Bagnall said.

“We have many things we are working on and we need to make progress, but the inflationary costs for projects has made us take a breath,” he said. “We know that we are doing the right thing, but we may have to be more patient.”

He explained further: “Overall we are having success in some areas, but due to our size, some contractors do not bid on our projects. We are becoming more politically active to ensure we can get our success story out there and continue to make our city as presentable as possible.”

In the meantime, the city will continue to look for grants to fund projects and take planning to a higher level.

The plans in Fort Meade are many, and when asked what the city will look like in five to 10 years, Bagnall said: “I tell people that they may not recognize Fort Meade in several years.  I envision that we will have a major pharmacy, potentially a major grocery chain, hotel, golf course, expanded city borders, equestrian center startup, and a draw for antique stores in the downtown corridor.”

The city currently has what he described as “one of the best antique stores I have ever been in,” and others have expressed interest in moving in. “We may even get to be a regional draw for antiques if done properly.”

Bagnall said the city is finding out that some small things it does are having a big impact.

“Hanging lights across the downtown streets year around go a long way for resident morale. People like to come downtown for festivals, and once the stores are open during those times it will be even better.” Some people have said that the festivals make them feel like they are in a Hallmark movie, “so we must be doing some things right.”

The city is also very patriotic, he said. “It shows as our memorial right outside City Hall has all the services flags flying year-round. That includes the new Space Force Flag and a replica of the Tomb of the Unknown.”

His take on Fort Meade, stealing a line from the hit TV show “Cheers”: “This is a great place to raise a family where everyone really does know your name.”