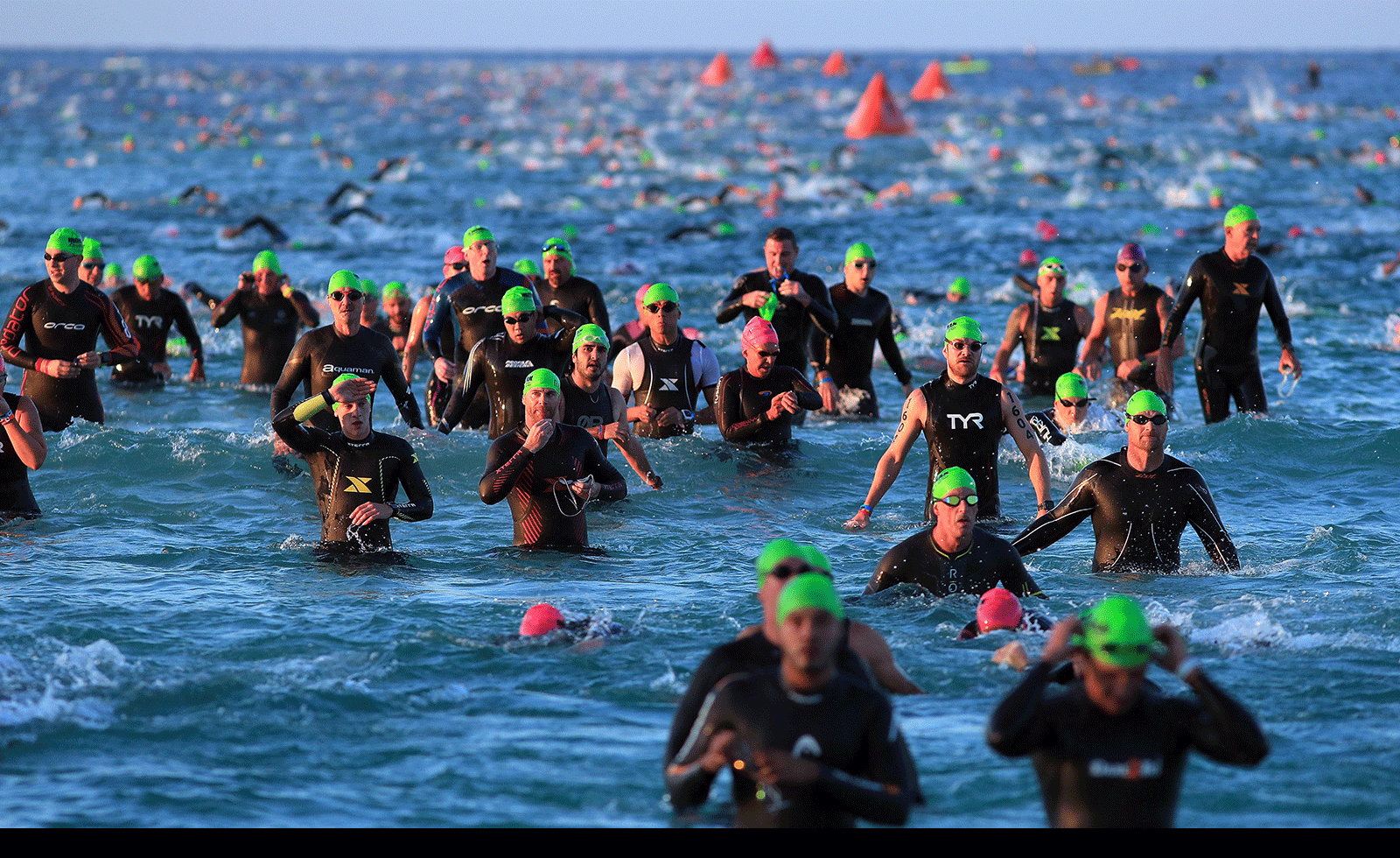 After Hurricane Michael blew the wind out of IRONMAN Florida’s considerable sails in Panama City Beach, Florida, organizers — in Hawaii for IRONMAN’s world championships — called Haines City, Florida to see whether the city could host the event with only three weeks advance notice.

Deputy Director of Parks and Recreation Ryan Ritchie and Haines City City Manager Deric Feacher said they started getting phone calls at 3 a.m. on a Sunday from the IRONMAN staff. Seeing the impact Hurricane Irma had on Polk County, and being the recipient of assistance from municipalities across the state then, Ritchie knew it was his turn to give back.

“They had two choices: either cancel the event or find another location that has experience and resources to host the massive event,” said Ritchie, who has been in his position six months. “When morning came, we immediately organized a meeting with Polk County Sports Marketing staff, IRONMAN, local law enforcement agencies and city personnel. From then on, we didn’t look back.”

Ritchie said he knew many of the personnel who worked for Visit Panama City Beach, which has played a role in this event for 20 years. “If there was something we could do to help them continue the tradition of the event and provide an experience for the athletes, we were going to make that happen.”

Feacher said he knew his leadership team and staff members, which he called competent and qualified, could handle the pressure — even though events like IRONMAN normally take 10 to 12 months to organize. He said the city used its previous experience to pull it off.

“We were able to use our social media platform, email list and partners to secure (2,000) volunteers in a short amount of time, and I must say people stepped up to the plate,” Feacher said. “It took 60- to 80-hour weeks for three solid weeks to accomplish this goal.”

Central Florida’s Haines City has had plenty of experience hosting such events with close proximity to Walt Disney World in Orlando. For the last seven years it’s hosted IRONMAN Florida 70.3, a half triathlon, which Zimmerman said was a year in the works before the first one was held. “To be able to pull off hosting a full IRONMAN in less than three weeks was nothing short of remarkable,” he said.

Next April is the final year of an eight-year contract for the half triathlon, but Polk County Sports Marketing is negotiating to keep the event in Haines City another three years, Ritchie said.

“Nothing would have been possible without the relationships that have been built over the last eight years,” he said. “It took an incredible team effort and support from top to bottom,” said Ritchie, crediting Feacher, the Haines City mayor, City Commission and Terrell Griffin, director of Parks and Recreation.

About 1,900 participants and 5,000 spectators from 57 countries and all 50 states showed up for the three events that make up the triathlon. The running and biking events started and ended at Lake Eva Park, which was where the swimming event was held as well.

“Being able to accommodate the athletes and fans in such a short amount of time will also demonstrate we have a great group of employees in Polk County, and specifically Haines City,” Feacher said. “The city will utilize this event to market what we can offer in the future.”

Ritchie said the sports industry is tight knit, and he’s received emails congratulating him and the city on hosting a successful event. Some are interested in holding events here, he said.

“I assure you that people from all over the world will know what the city of Haines City and Polk County did to make this happen.” Ritchie said. “We are in communication with another endurance race organization to host an event in 2019 but have not solidified any details at this point.”

Feacher said the city is trying to determine whether it wants to lure CrossFit to Haines City for one of its competitions.

“The city of Haines City serves as a perfect destination because of our facilities and amenities, and our ability to host an event of this magnitude,” Ritchie said. “Our Parks and Recreation staff has a can-do attitude and is always forward thinking. We thrive on hosting events like this.”

Zimmerman said the county “aggressively pursues events that will be a fit for Polk County,” which hosted 261 events in 2018. For that reason, he thinks many organizers already are familiar with Polk County. Nevertheless, the success of IRONMAN Florida could lead to new inquiries, he said.

“Locally, we know many hotels and vacation rental properties were filled throughout the event, including one of our partners, Balmoral Resort, who encountered a massive influx of reservations as soon as the announcement was made that IRONMAN Florida was relocating to Haines City,” Ritchie said.

“Reservation websites were crashing because of the amount of individuals trying to make reservations,” said Ritchie, who worked previously for Polk County Tourism and Sports Marketing and credited his mentors there — director Mark Jackson and Zimmerman — “for teaching me how to handle situations like this. The ability to become a team and work together is the most important lesson I took from this experience.”

Zimmerman said many athletes stayed for two or three nights.

Ritchie said for three weeks he repeated IRONMAN’s motto — “Anything is Possible” — every day, and “when you’re working with an organization that has a motto like that, I knew we could do it.”

Feacher said the entire experience was proof that Haines City has a great group of employees and volunteers.

“Local students made signs to have on the route and residents were standing outside their homes cheering the participants as they biked and ran through neighborhoods in Haines City to the Lake Wales area and back… This was a team effort and demonstrated Haines City has what it takes to host great events and be a destination for great tourism in the future.”