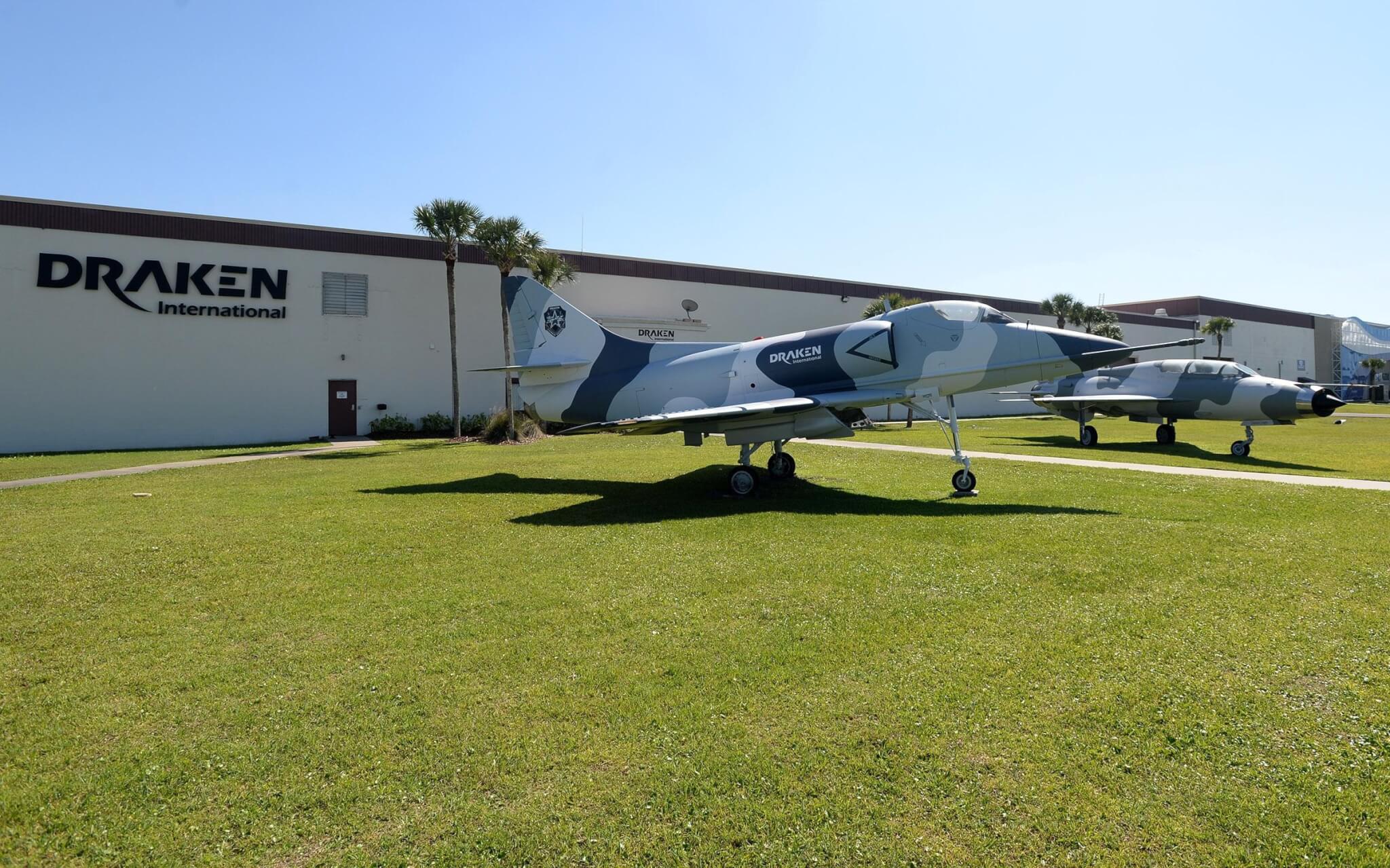 On a recent sunny Wednesday morning, visitors to Lakeland Linder International Airport (LAL) were greeted by a KF Canadian jet sitting just inside the perimeter fence. It was a plane renting a “parking space” before heading to its new home. Lakeland Linder officials charged a small daily fee. Just one of many examples of airport leaders’ innovative thinking — and a new, albeit small, revenue stream.

That may be Gene Conrad’s specialty. Airport director for nine years, he and his dedicated staff of 15 have worked hard to:

In May 2017, the airport landed the National Oceanic and Atmospheric Administration’s Hurricane Hunters, which could be seen flying over South Lakeland twice a day during Hurricane Florence. “It’s pretty cool,” says Conrad, who followed in his father’s footsteps and has worked in aviation his entire career. “We know what’s happening. During Hurricane Irma (in September 2017), when they picked up all the airplanes and flew away, we knew we were in trouble.”

The Hurricane Hunters, like Draken International, which Conrad lured to Lakeland Linder in 2011, bring prestige to the airport, the city and Polk County. “When they talk about the Hurricane Hunters based in Lakeland, Florida, that’s awareness,” he says. “If anything comes of it, we may never know.”

The airport is nearing completion on its master plan, an 18-month project that Conrad expects to be released in the spring of 2019. Stage 1 involved taking inventory of systems and resources at the airport. Stage 2, which was submitted Sept. 26, involves forecasting things like runways, taxiways and operations, something the Federal Aviation Authority must now approve. The FAA is paying 90 percent of the $700,000 plan, which Conrad describes as the “driver for the next 20 years.”

“It’s a playbook on where we’re going over time,” says Conrad, 42, who has volunteered at the Oshkosh, Wisconsin, air show for 32 years.

Conrad wants to be a good neighbor, and he’s well aware of the sound jets flying overhead make. The air traffic control tower — staffed by Robinson Aviation — operates daily from 6 a.m. to 10 p.m., although Lakeland Linder will pay overtime if NOAA needs its planes to fly in and out. Its P3s and G4s — which fly over the top of a storm at 45,000 feet — generally fly in and out twice — to start and end 12-hour shifts. The U.S. Air force also flies C130s out of the airport.

At times, Draken’s Mach 2 fighter jets (and other types), which are based around the globe, fly in to be certified. “The goal is to not have them flying out of here every day. They fly from 9 to 5 — no nights,” says Conrad, who says Draken has “grown up into a dynamic company.”

“They are homegrown,” he says. “We are super fortunate to have them here.”

Conrad focuses on four things at the airport: perception, use of land, commercial air and more jobs. Here’s what’s going on with each.

Not too long ago, the perception was that the “airport couldn’t do anything,” Conrad says. Facilities remained vacant and land was unused. “We changed that. We are the driver of activity in Southwest Lakeland. We want to do our part, be a good neighbor.”

He points to a diverse group of companies that now call Lakeland Linder home, such as eight airframe and power shops, maintenance shops, two hotels, solar farms and much more.

“Anything that flies, we want to do it,” he says.

Part of the perception problem stems from the lack of a relationship with people in Polk County. People “relate” to Tampa International because they fly out of there.

“We’re very fortunate for what we have here today, and we want to grow that,” he says. Relationships are part of that.

The airport started changing the perception when it said it was going to do something, and did, earning it credibility, he says. He counts bringing the Hurricane Hunters here, transforming the airside center in the process, as the biggest accomplishment. Once the airport finishes paying off its $5 million of the $20 million pricetag (the Florida Department of Transportation and NOAA picked up the other $15 million), the revenue stream will be “great,” he says.

Next up for the airport: clearing 42 acres on the north side for an MRO — Maintenance and Repair Overhaul facility. With 1 million square feet of airport space fully leased, Lakeland Linder needs more facilities. It will build a new ramp and infrastructure for air cargo.

“Larger aircraft naturally want to be here,” he says, and he’s working with several companies.

In addition, the airport just spent $2 million-plus in grants to rehabilitate and expand a ramp, which doubled the number of planes — from 25 to 50 — that can park there. That helps the five flight schools that operate at the airport: Lakeland Aero Club, International Aero Academy, Kingsky Flight Academy, Wild Air Aviation and Polk State College/Sunrise Aviation. High school and college students can earn their certification, which helped double the number of operations (take-offs and landings) from 64,000 in 2010 (when no flight schools were there) to 130,000 now.

Lakeland Linder has hired Volaire Aviation Consulting to assist in its efforts to bring commercial airline service to Polk County. Conrad thinks now is the time. “All the variables that we don’t control that affect our ability to get something — they are all in our favor at this time,” he says.

One of those things is Mayor Bill Mutz taking a leadership role to land commercial service, Conrad says. That makes a difference at conferences, when people see more than just the airport director are involved.

In addition, Volaire and the airport want to get the community to rally to support the airport. The goal is service to Charlotte, N.C., which has flights to many parts of the world, three to four times a day.

“Our community needs to get in and out,” Conrad says. When you live in Polk County, you really add another segment to the trip: the drive to the airport.

The airport hopes to guarantee revenues — an industry standard — to whichever commercial airline comes here. “We will work to generate that to put our best foot forward,” Conrad says. “We will make the hard charge for the next two years, then leave” it if no airline has made the decision to start service here.

Conrad points to Publix as an example why commercial air service here is important. “They have 350 to 500 vendor meetings at corporate headquarters (in Lakeland) a week,” which translates into a lot of flights. “We need convenience. We don’t have access.”

Such access could lure new businesses to Polk County and the surrounding region, he says.

Flights will cost a little more, about $40 to $50 roundtrip, he says. But that can be recovered in drive time and parking costs.

The Central Florida Regional Planning Council received a $300,000 grant in September 2018 to support aviation industry growth in Polk and Highlands counties, said Pat Steed, the council’s director. Conrad pointed to that as a win for the aviation industry’s development.

“Here in Polk County we have a lot of aviation assets,” Conrad said. “There is so much opportunity here. The goal is to diversify our economy, but we never really focused collectively on aviation as a county, as a region.”

Hurricane Irma exposed the counties’ continued lack of economic diversification and low wages, Steed said. The grant will be used “to develop an Aviation Action Plan that will support the growth of the aviation industry in Polk and Highlands counties through the identification of the region’s assets and opportunities and build on those assets while creating a collaborative network to support the growth of the aviation industry,” the council said in a press release.

Steed said she’s excited about this project: “Bringing together local and regional partners in aviation, economic development and education to develop an action plan will encourage growth in the aviation industry, which will help diversify the economy and provide stable long-term job gains for Polk and Highlands counties.”

Sean Malott, president of the Central Florida Development Council states, “The CFDC added aviation as a target industry for Polk County in 2016 and is investing in infrastructure to support future aviation growth. Aviation jobs are needed for our community.”

Conrad says Polk County has the educational processes in place through the Central Florida Aerospace Academy, Polk State College Aerospace and the newly announced Southeastern University Aviation Pilot Program to build a workforce. “But we’ve never gone out and sought these things” — businesses that could employ such workers. “It might take five to 10 years, but we have to do something to get a piece of the pie.”

Having a Military Operations Area (MOA) in Polk County means aerospace companies can do things here that they can’t do on the coast, where air space is much more congested. “There’s a tremendous amount of opportunity,” he says.

Conrad says he’s always thinking about what’s coming, but “I never feel like it’s good enough… What’s the next thing? It’s about creating opportunities for others. If we are successful and create another 200 jobs, that drives economic impact.” 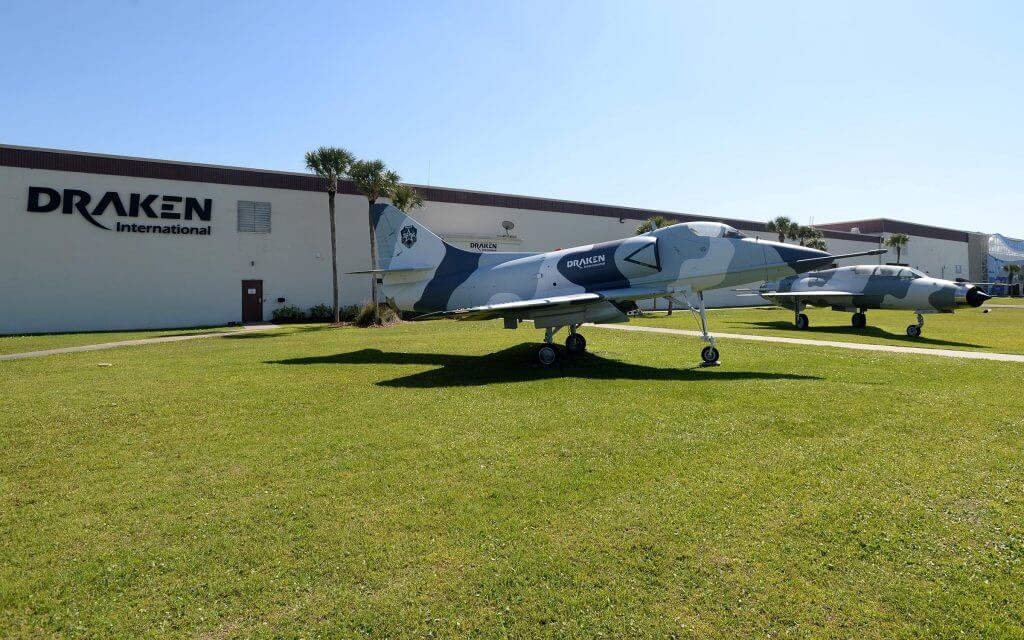