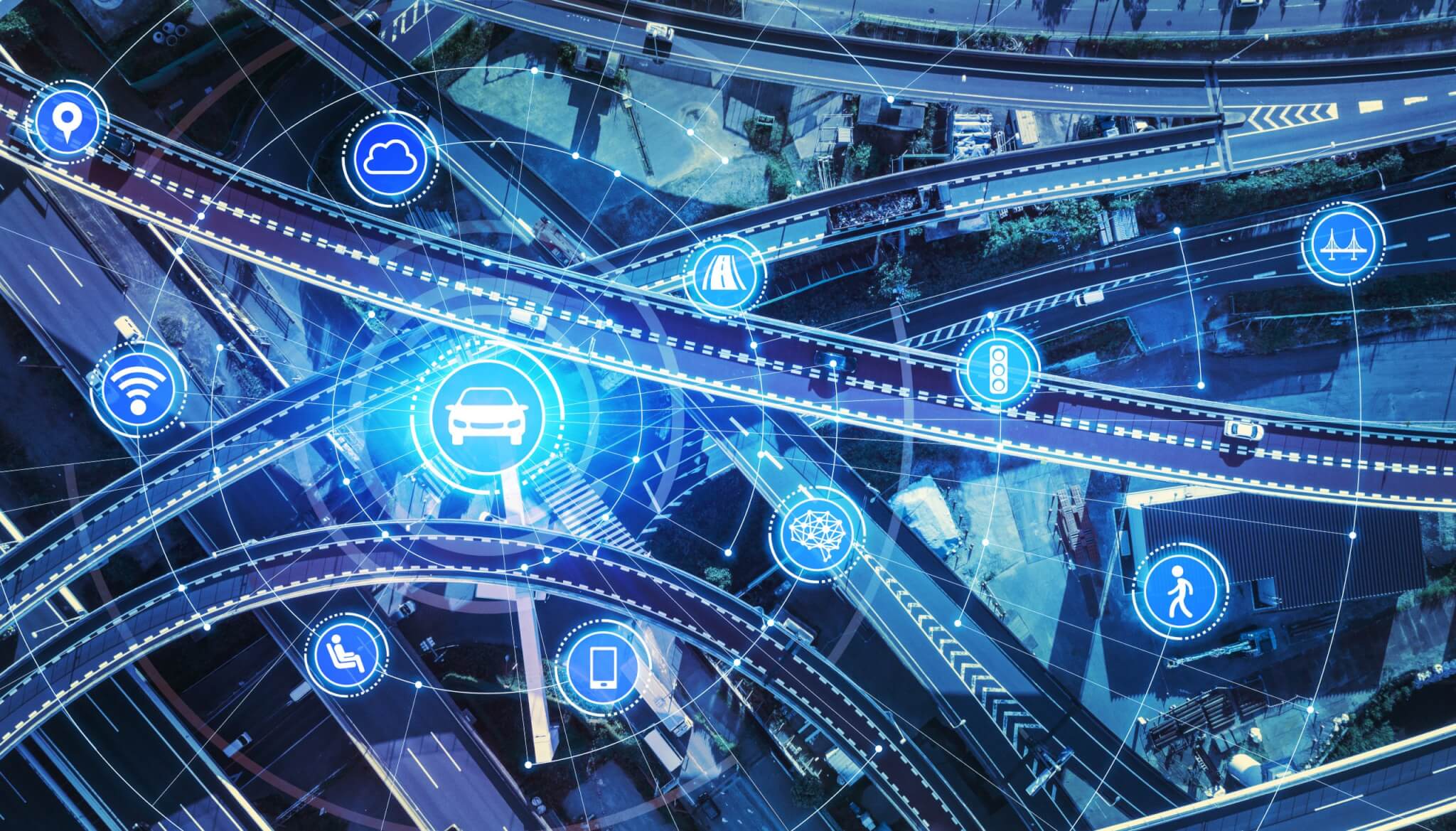 Autonomous Vehicles are part of a $20.97 billion industry, according to ReportLinker. One of the most important issues facing that industry today is ensuring government and industry work together at the same pace to update infrastructure to allow AVs to drive safely.

The Institute of Electrical and Electronics Engineers (IEEE), Florida Polytechnic University and SunTrax are hosting the International Conference on Connected Vehicles and Expo (ICCVE) 2022. The hybrid conference, taking place March 7-9, will be held virtually and at various locations around the world. Click HERE to register.

Ananth Prasad is the president of the Florida Transportation Builders Association and a keynote speaker at this year’s conference. He will discuss how to prepare Florida’s infrastructure for the future.

Rahul Razdan, co-chair of the conference and senior director of special projects at Florida Poly, said conference organizers are aware of work the university and its Advanced Mobility Institute are doing, as well as Florida in general, leading to Lakeland’s involvement.

“We see ourselves as leaders in this space,” Razdan said. “The fact the conference is here is an indication that we are recognized in the international community as a leader.”

Two important topics at the conference are infrastructure and safety. Razdan said those gathering to learn and share are doing so “because [they’re] trying to advance the state of the art in this space.”

Although it might be 10 years until passenger cars are fully autonomous, the technology AVs use is already all around us.

“The core technology is infusing itself in all sorts of places. I was at Publix and the floor cleaning machine was autonomous. It was like a fancy iRobot,” Razdan said. “What you’ll start seeing is this kind of automation in trucking or agriculture and public transportation.”

Autonomous technology is also being used in the many warehouses and distribution centers in Polk County, he said. “Then it will move into the truck yard, then logistics. The general passenger car market is a while off because they have to deal with humans – pedestrians and the driver.”

Some infrastructure is already in place, Prasad said.

“Toll booths are not AV-related, but they are a way for consumers to pay tolls electronically. In the space of AV and connected vehicles, how do we get vehicles talking to each other and to infrastructures like roads and bridges, and by extension, talk to operators of that facility?”

Before we had cell phones and apps that tell you how much time you’ll need to travel from Point A to Point B, roads had sensors that measure travel speed and ping to estimate travel time, leading to information often displayed on huge overhead electronic signs. “It was a rudimentary connected vehicle concept for informational purposes,” Prasad said.

Florida is in a relatively good position when it comes to AVs and often is seen as a leader in the field.

“[At SunTrax], AV and automakers and others can bring their vehicles and technology to test them in a highway-similar experience but very controlled environment,” Prasad said.

Few such test and verification sites exist in the country, and even fewer have Florida’s weather, allowing for 24/7/365 access. “SunTrax doesn’t give you snow to test, but you can get a lot of basic advanced testing done, then when it comes to snow, go to other centers to simulate that environment. It’s a huge step.”

Florida also has the most toll road miles in the country – 657 miles, according to EZ Freight Factoring.

“Toll roads have a lot of instrumentation and fiber running through them. Even regular highways, interstates and freeways have fiber running along their corridors, so the communication is there. The basic backbone of connecting a car to a sensor to the central command center. We’re pretty advanced in the sense we know how to get cars talking to a central command center.”

Before autonomous technology can become commonplace on Florida roads, the state will need legislation and legal framework to allow for automated vehicles, Prasad said.

“Florida law is very progressive in the sense it’s advanced in allowing AV to operate on our highways with certain parameters and guardrails.”

Who builds the Infrastructure for Autonomous Vehicles?

“The government operates roads but it doesn’t tell you what your car should look like,” Prasad said. “So it may provide the basic infrastructure to achieve communications but it would be up to manufacturers to connect the dots.”

Because the government controls a lot of the basic infrastructure, it’s imperative they move fast enough, Prasad said. “Are they keeping pace with private-sector innovation? Private industry innovates fast and government often lags. We don’t want either to be a roadblock. We have to make sure all parties are working at the same speed. When the technology is there, we don’t want to waste valuable time implementing it.”

Safety is one topic of interest to many, and it’s never far from Prasad’s thoughts.

“We need to make sure we’re testing the systems from a safety standpoint and doing what we need to do to educate the public on the virtues and effectiveness of the system,” he said. “I have a car that has an automatic braking system. A couple of times it’s activated. I don’t want it to, but it works. We have to make a case about testing, repetitions, the statistics of it. It will be much safer when we get ready to implement it than non-automated, assisted vehicles. It’s just human psychology – we need to get people comfortable.”

Test projects are ongoing in the U.S., Canada, the European Union and China, according to Forbes.

Educating the Public on Autonomous Vehicles

According to market research by H+C, a mobility advisory firm, 74% of consumers perceive roads as not ready for self-driving cars, and only around 11% consider the opposite to be true, Forbes reported. Road authorities, regulators and other experts tend to agree with this negative assessment of AVs preparedness.

“We need to continue to educate people and continue to operate cars, whether fully autonomous or semi-autonomous,” he said. For instance, cars used to have cruise control; now they have Super Cruise, which detects a car in front of you and adjusts your speed, Prasad said.

Then there are auto-braking systems, self-parking cars and lane departure detection. “More and more people are comfortable with continuing to provide that technology in their cars. Lane departure depends on the quality of striping; cars need to be able to pick up lane lines. But what are the requirements of reflectivity of those lane lines?”

And what about states like Florida that don’t require a continuous line on interstate exit ramps? “There’s a gap, so lane departure technology in some cars has issues with that. It doesn’t sense a line so it thinks the lane is that wide, when it’s actually not. States would have to adapt what they’re doing and eliminate those sort of gaps.”

Right now, Prasad said, experts are working to figure out technology’s limitations and whether they can overcome that in basic hard infrastructure to facilitate the autonomous capability. “We will continue to test and bring confidence. Cars continue to get evolved and people are getting used to it.”

Dynamic Cruise is the new frontier. “People can take your hands off the steering wheel and let your car drive by itself longer and longer. Some cars have that.”

The more difficult part is letting the car drive by itself from Point A to Point B, he said.

Freight trucks along one route from Texas to Florida are already doing that. “There’s a driver in there for safety, but the truck is driving itself. As we get more comfortable, we can say, ‘Hey, we can take the driver out.’ We can truly be autonomous.”

After all, he said, airplanes fly on autopilot all the time. “There’s a pilot there. But we’re 36,000 feet in the air, and we are comfortable with that.”