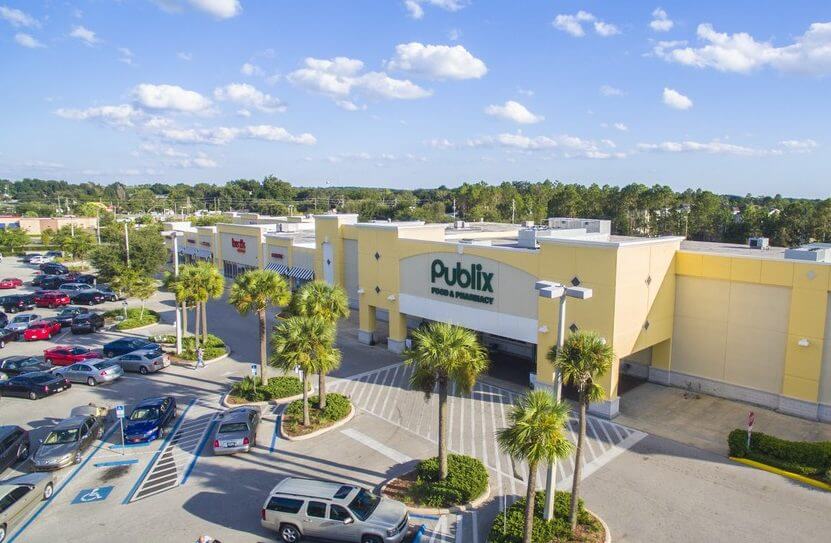 Whether it is driving from Lake Wales to Lakeland to eat at First Watch or checking out area hotels for your visit to LEGOLAND Florida Resorts, residents and tourists have options. And they’ll soon have many more.

City officials and economic development councils know what their residents want, and they’re delivering at a fast pace in 2018.

Following is a sample of what’s going on — and up — in Polk County’s largest cities.

First Watch and Panda Express opened their doors last year, while Mission Bay BBQ opened several months ago, all within a mile of each other on South Florida Avenue. And, Publix is building a stand-alone Greenwise store in the former Kmart, which was recently demolished. The McDonald’s next to Kmart was also recently razed and is being rebuilt.

Along Harden Boulevard, Burger King also tore down its existing restaurant and rebuilt in the same location to improve access. Several other stores are now building in that same area in front of Target. Ashley Cheek, vice president of business development for the Lakeland Economic Development Council, said the entities that have expressed interest, according to Hutton Development, are Jersey Mike’s, Kay Jewelers and possibly Great Clips.

“Historically we don’t work closely with retail,” Cheek said, “but from an outside perspective, we notice retail affects our quality of life,” and that market is continuing to grow.

She talked about restaurants, and the need for locally owned ones to balance the chain restaurants that many people like. “From my perspective, I think we are pretty well rounded.”

An explosion in the number of people moving to Polk’s cities is forcing some of that development, said Jason Willey, Lakeland’s Economic Development/New Business manager. “Population growth continues to fuel commercial growth in Lakeland.”

There’s also growth on the northside of Lakeland. Ridge Development Co. is building what will be a 1.35-million-square-foot e-commerce distribution center along S.R. 33 on part of what once was BridgeWater golf course.

In Winter Haven, plans are underway to develop Lake Ashton Preserve on land near Cypress Gardens Boulevard and U.S. 27. Along with commercial use, the development will include 500 apartments, townhomes, single-family homes and an assisted living facility.

And LEGOLAND Florida Resorts just announced it’s exploring building a second hotel on its land along Cypress Gardens Boulevard. It opened its first hotel next to its theme park three years ago.

In July, Haines City didn’t have a hotel, and one city official said that was a big void.

Now, just one month later, three hotels are on the drawing board:

In early August, the Haines City City Commission approved a modification to a development plan so the Feltrim Group can build an 80-room hotel and banquet hall on its Balmoral Resort grounds, which already include soccer fields and volleyball courts. The hotel and banquet hall, which will be built on a third of an acre, plus 327 parking spaces will help attract even more sporting events — and the tourists that come with those — to the area.

At the same time, a St. Petersburg development firm wants to open a 120-room hotel, along with retail and restaurants, at Citrus Crossing, located a block from the WalMart Supercenter at U.S. 27 and Main Street, according to GrowthSpotter.com. Mark Bennett, Haines City’s deputy director of development services, said the land will be divided into seven lots. “They’re proposing a pad for fast-food, retail and a wireless telephone store on frontage (property), with a hotel site in the back, and medical offices also located on the property.” They also plan to redevelop a gas station on the corner, he said. “What’s neat about it is it’s redevelopment.”

Also along U.S. 27, another development group is building another hotel, reported by GrowthSpotter to be a WoodSpring Suites.

Bennett’s also excited about the O’Reilly’s Auto Parts going in on Hinton Avenue between Seventh and Eighth streets, close to downtown. “It’s another redevelopment project so they will take two buildings and knock them down and put a new facility there,” he said. “That’s potentially a catalyst to see more activity in our downtown area.”

He said there are a few other projects in the works starting with the county’s first Culver’s restaurant, a chain restaurant from Wisconsin that has locations in Tampa, Zephyrhills and other nearby cities.

“I saw walls going up the last time I drove by there,” said Bennett of the eatery being built on an out parcel in front of Lowes on the east side of U.S. 27 north of Bates Road.

Lake Wales is seeing retail growth, but like Haines City, it would love another hotel or two, among other things.

Beyond that, development is taking place along the U.S. 27 and S.R. 60 corridors, he says.

“Right now we have four developments going on near Eagle Ridge Mall … and several new developments” along SR 60, including a Harbor Freight tool location and MyEyeDr, which renovated an old doctor’s office, Kieft says. In addition, there are “a few other developments that are still in the planning stages.”

In addition, a new Love’s Truck Stop is building across from the from the Lake Wales Commerce & Technology Park on the east side of U.S. 27

Bartow Economic Development Council President Rob Clancey says his city can expect to see growth in the near future. He expects retail growth to follow the development of Stuart Crossing, north of the city on U.S. 98, and Clear Springs to the south.

“We are seeing growth this year with the addition of Starbucks, Hardee’s, Wingstop and Aspen Dental,” he says.