One man was so well-respected, so instrumental, so admired when the county began emulating the state Department of Commerce’s initiatives nearly 35 years ago that the Central Florida Development Council has named its small-business award in his honor.

Addressing Jim Brantley, the first director of the agency that has since been renamed the Central Florida Development Council, Polk State College President Angela Garcia Falconetti said, “In honor of your leadership in the creation of the Central Florida Development Council and your early commitment to building economic prosperity throughout the county, we are pleased to name in your honor the Jim Brantley Economic Development Award — Success in Small Business.”

The Success in Business Economic Development Awards are the highest honors awarded each year by the CFDC. They are given to businesses, institutions and organizations that promote free enterprise, community service, economic stability and quality growth.  The award for the large business is named after George W. Harris Jr., a former CFDC chairman and president of Citrus and Chemical Bank. 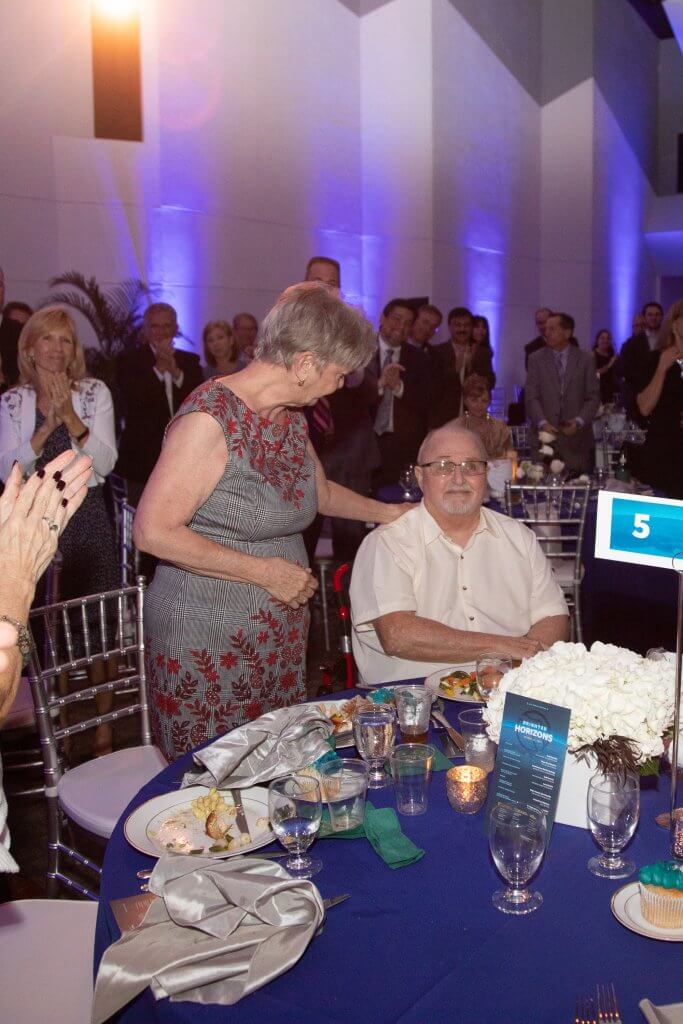 “Jim Brantley was the right leader to start a movement, collaborating with city officials and business leaders in an effort to begin to diversify Polk County’s economy,” said CFDC President and CEO Sean Malott. “Our county would be a very different place were it not for his enthusiasm, knowledge and vision.”

When unemployment hovered around 16 percent in the early to mid-1980s, Polk County government and business leaders knew they had to do something. Back-to-back freezes had wiped out the citrus crop, phosphate mining was declining and Piper Aircraft closed its 2,500-employee manufacturing plant in Lakeland.

Brantley was the county’s director of Community Development, a man who worked with officials in the county’s 17 cities, people who trusted him.  He became the first director of the newly created Economic Development Department within Polk County government — the answer to officials’ pleas for help.

‘We had a crusader rabbit already on staff,” said Jim DeGennaro, one of the original four employees in the department. “I believe that there couldn’t have been a strong early EDC if it weren’t for the community development department at the county.”

In his new role, Brantley brought with him important traits he learned growing up in a rural town in North Florida, as well as from the early days of his career. “Never forget your roots. Don’t forget where you’ve come from. Always do the right thing. Be fair. Be honest. Outwork the competition,” DeGennaro said. And, he said, “Make your package prettier than the other guys to win every battle that we could.”

DeGennaro said Brantley had the unique ability to bring the public and private sectors together. That allowed him to pursue new initiatives, such as:

“He never rested,” DeGennaro said. “He always wanted to push us to do better, to make our community a more livable place.”

Calling Brantley the “foundation” for all the leaders of the agency who followed him, DeGennaro said his legacy can be seen everywhere, from every business park and downtown to almost every new business that has moved into Polk County since 1985. “He just had this ability to draw people in, and they were buying what he was saying because it came from his heart. He was just that kind of leader.”