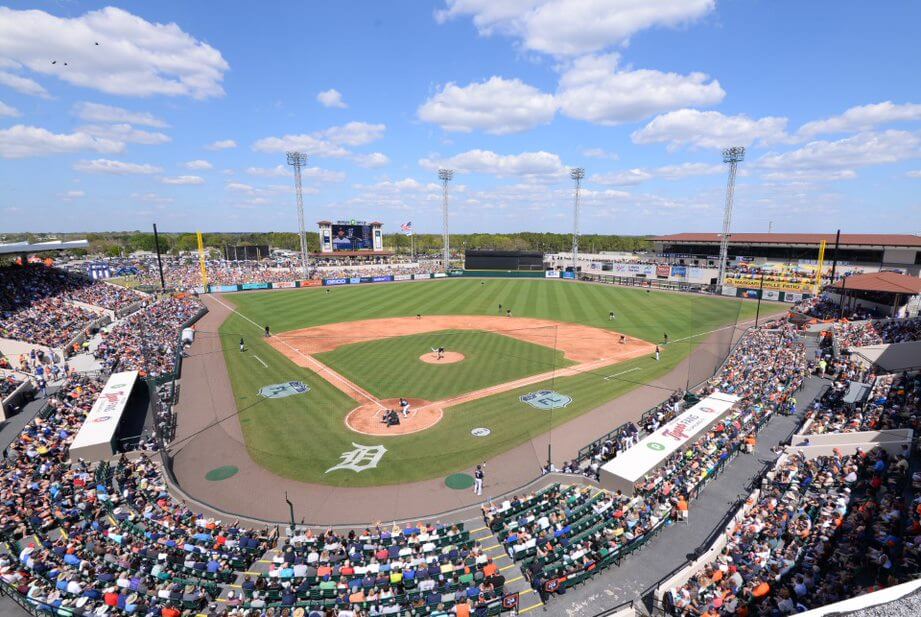 Sometimes, it’s not just about baseball.

When you’ve spent 82 years with someone, you get to know them pretty well. And when the relationship revolves around trust and appreciation, outcomes can be impressive and powerful.

Such is the case with the relationship between the city of Lakeland and the Detroit Tigers, who are ending their 82nd season here.

“Our relationship — not just with the city of Lakeland but also Polk County — is very unique,” said Ron Myers, director of Florida operations for the Detroit Tigers. “There is mutual respect. They know our goals and values, and we know theirs.”

Kris Keprios, senior tourism, sales and marketing manager at Visit Central Florida, called it not just a relationship, but a partnership.

“As a tourist destination, it’s one of the most important relationships and partnerships we have,” he said. “Michigan is our No. 1 out-of-state target markets because of that relationship. We can go anywhere in the world and we have to say that Lakeland is between Tampa and Orlando. In Michigan, their faces light up and they smile. You don’t have to explain. They know where Lakeland is. They know about the warm weather. That’s what makes that relationship so special. You get in a taxi or Uber and they ask where you’re from and then say: ‘I was just down there in March, or I’m going down in the spring.’ ”

Myers looks back at a close vote to show how quickly the relationship changed and how far it has come.

“When you go back and look at history, when they built Joker Marchant Stadium, it cost half-a-million dollars and they had one-year deals. We could have left the next year and the city would have been stuck. It was a 4-3 vote,” Myers said. “Every year since then the vote has been unanimous. They’ve got our back, and we’ve got theirs. Not just the city, but the county. We have the best relationship with the county.”

That relationship made renovating the old stadium at Tigertown possible.

Myers talks about the $40 million renovation — which led to the name Publix Field at Joker Marchant Stadium — like a proud father. “Having the facilities where we can develop players is the most import part of a Major League organization,” he says. “We don’t take a back seat to anybody.”

To that end, Christopher Ilitch, president and CEO of the Tigers, was quoted in the Detroit Free Press on Sept. 12 saying the team is rebuilding, starting in the minor league. Ilitch has been much more involved with the team since taking over the top spot after his father died in 2016, Myers said.

“I think any time you go through a rebuild, there’s challenges, but I’m thrilled with the progress that we’re making, in particular, in our areas of player development,” Ilitch was quoted as saying. “We have seen tremendous strides in player development this past season. (General manager) Al Avila and his staff have worked tirelessly to rebuild and restock our minor leagues. We’ve got some potential high-impact players now, and that’s what has us so excited about things to come.”

The Tigers finished their 2018 campaign with 64 wins and 98 losses. But, there’s always next year, and Myers and his Lakeland team are already looking forward to that. The Tigers kick off spring training 2019 with an exhibition game against Southeastern University on Feb. 22.

“We’re always looking for new ideas,” says Myers, who’s been with the Tigers organization for much of the last 38 years. “We’re still getting to know this building. We have plans later on down the road. We’re excited where we’re going in the future.”

That future includes continuing to give back to the community, keeping people working at Tigertown and providing an economic impact of about $45 million in Polk County.

“The things we’re doing in the community with non-profits, with people working here — this is a major organization,” Myers says. “The renovation that we did magnified everything else we’re doing.”

Jackie Johnson, senior vice president of the Lakeland Convention and Visitors Bureau at the Lakeland Area Chamber of Commerce, says the Tigers and their minor league team, the Lakeland Flying Tigers, help our economy.

“Let’s not forget that Florida does not have a state income tax,” Johnson says. “According to Visit Florida, the state’s official tourism marketing corporation, households would have to pay $1,535 each to maintain the current level of government services without the tax revenue generated by tourism.”

Beyond that, though, the relationship between the Tigers and local communities is special, she says.

“Spring training games are enjoyed throughout Florida and Arizona, but none has the special connection that the Detroit Tigers have in Lakeland.”

By the time their contract ends, the Tigers will have called Lakeland home for 100 years, she said. “To appreciate the enormity of this achievement, it is important to note that the Philadelphia Phillies, Boston Red Sox, Cleveland Indians and Kansas City Royals have all called Polk County home at one time or another. The Detroit Tigers have remained.”

The Tigers first came to Polk County after “Doc” Henley, a downtown Lakeland businessman, and the Lakeland Chamber of Commerce approached the team about moving to Henley Field, near what is now Lakeland Regional Health Medical Center.

“The following year (1934), the Tigers began what today is the longest relationship between a major league team and a host spring training city — 82 years,” Johnson says.

In 1966, the Tigers moved to Joker Marchant Stadium, which had 4,900 seats. The number of seats grew to 7,027 in 1988, and 8,500 seats in 2002. In 2016, the state of Florida, Polk County Tourism and Sports Marketing, the city of Lakeland and the Detroit Tigers combined resources to renovate Joker Marchant, updating seating, restrooms, dining, clubhouses, training facilities and more. At the same time, Publix purchased the naming rights to the field in a $3 million, 20-year deal.

“The relationship can best be described as one of mutual respect and true friendships that continue to grow in such a positive manner,” Johnson said.

For 82 years, the Tigers have engaged the community, Myers said.

“The annual Tigers BBQ — no other team does that,” Myers says of the event where the public can dine with current and former Tigers’ players, coaches and managers.

The barbecue was held for the 72nd time in 2018, Johnson says, “the ‘official welcome back’ to spring training that began in Mayor Jimmie Musso’s backyard back in 1946.”

Myers also mentioned North with the Tigers, an annual trek to watch the Tigers play that started in 1955. “I have all the old programs from Day 1,” Myers says. “Everyone used to wear the same shirt. Even back to 1920s — people got here by train. Chamber members would meet them at train station and carry their bags.”

Johnson said business leaders and fans take the trip “to demonstrate our support of the team during their summer season. We typically visit Detroit one year then head on the road with them the next. It gives us a great opportunity to spend time with the organization, strengthening our ties.”

The opportunities for partnerships are endless, Johnson said.

After the 2016 renovation, “the Tigers offered (Visit Central Florida’) a marketing deal too lucrative not to accept,” she says. “We learned from focus groups that while much of Michigan was familiar with Lakeland and Polk County because of spring training, they were not aware of the year-round attractions and visitor amenities we had to offer. We are trying to grow our share of visitors year round in addition to growing our spring training visitor numbers through Tiger marketing at Comerica Park and throughout Michigan and the Midwest. All of this will continue to grow our economic impact numbers and benefit the citizens of our community.”

Keprios credits Johnson and Myers with helping cement the county’s relationship with the Tigers.

“People would go to games, then go back to Tampa and Orlando to do things there,” Keprios says. “Our goal was to educate Tiger fans and Michigan residents on all there is to do and see here in Polk County. Now we have year-round visibility with Tigers’ fans.”

On Sept. 22, 2018, for instance, it will be Visit Central Florida night at Comerica Park. “We will give out Hawaiian-themed T-shirts with our logo on them to the first 10,000 fans.”

Visit Central Florida has placed kiosks that Tiger fans can use year-round “to get information and plan their next trip down for spring training,” he said. It’s also the title sponsor of Tigers Winter Caravan and TigerFest.

In addition, for a handful of games at the end of the season, the Visit Central Florida logo is placed behind home plate, “giving us an enormous amount of visibility” on Fox TV, Keprios says.

With two seasons of the partnership completed, Keprios and his colleagues will be talking to the Tigers in the hopes of extending the contract, he said. “We’re proud of it. It’s been great.”