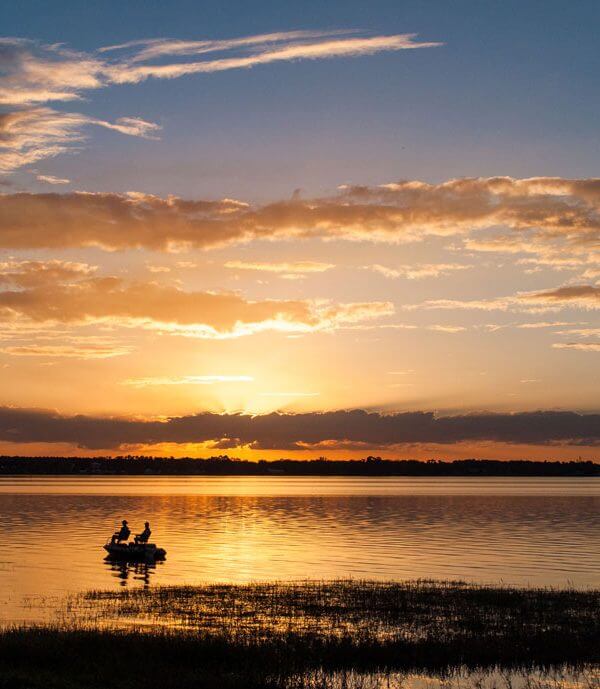 When a city turns 100, it’s time to celebrate, and Frostproof City Manager Lee Evett clearly is proud of the rockin’ party his city hosted on a summer weekend in 2018. From watermelon and pie-eating contests, bands, water events, a parade, and fireworks, residents clearly enjoyed a day full of fun.

Missy Hadden, the library director who has worked for the city for nearly 30 years, says she’s seen a lot of positive changes in the community since Evett arrived. The centennial celebration had a huge turnout, she says, and the city is carrying over some of those events.

“We’re going to have a fall street dance. We’re bringing those back (they used to have them years ago) to give back to the community,” Hadden says.

But there’s so much more to Frostproof than fun.

Evett says he thinks Frostproof is ripe for development, some that could ride the coattails of Nucor’s arrival in the area. Nucor Steel Florida is building a $240 million micro mill just outside the city limits of Frostproof. That plant eventually will employ 250 people making an annual average salary of $66,000.

With a motto of “Frostproof on the Move,” the city of 3,000 has adopted this vision statement: “The city of Frostproof, known as ‘The Friendly City,’ desires to retain its rural character and historical heritage, encourage smart growth while maintaining sustainability, provide a friendly, safe and dynamic environment, and create a city where citizens choose to live, raise families and take pride in the community.”

Evett graduated from Purdue and Indiana universities, and is an Air Force officer. He’s been manager of several cities before Frostproof, and was once named “Business Person of the Year.” He left Lake Alfred city government to become city manager in Frostproof in August 2017. With a wry sense of humor, he’s all about his new home, and quick to talk about what’s going on in his city.

For instance, the city is tearing down dilapidated houses and commercial buildings to showcase its older homes, built in the 1920s, ‘30s and ‘40s. “Most are well maintained. Some families are multigenerational – the mayor is the seventh generation – and his Dad was mayor.”

He hopes for residential growth, saying a few developers have made inquiries.

On the retail side, the city has welcomed a new restaurant, art store and auto repair shop. And additional warehouse may be coming, joining the Lowes and Ferguson that already call Frostproof home. Development could follow Nucor into the southeastern section of Polk County.

Right now, Evett wants to take care of repairing and refurbishing infrastructure. “We need a new City Hall – presently an old high school we received for $10 in 1979 and have invested $2.8 million and still needs another $800,000. Also, we need to lower our sewer debt and finish the sewer system and water plant No. 6,” he says.

Engaging with residents by hosting community activities like the Centennial celebration is also critical, he said. That weekend’s activities included all sorts of events, such as the Cypress Gardens Ski Show, a Kansas City BBQ Society-sanctioned BBQ CookOff, fireworks (the first in 12 years), a parade, and a Miss Frostproof Contest. “All that from a city of 3,000. It really was a great success.”

And there’s more to come.

“Moving the city forward by creating life in the culture, (and) energizing the community for development” keep Evett up at night. But his goals are lofty and his dreams sky high.

“The sky is the limit. Nucor proves our location is excellent – we have lots of developable land. It’s just a matter of attracting good development.”

“There’s been a very big boost in staff morale,” the library director said. “We all enjoy working with him. He’s really stepping up to the plate.”