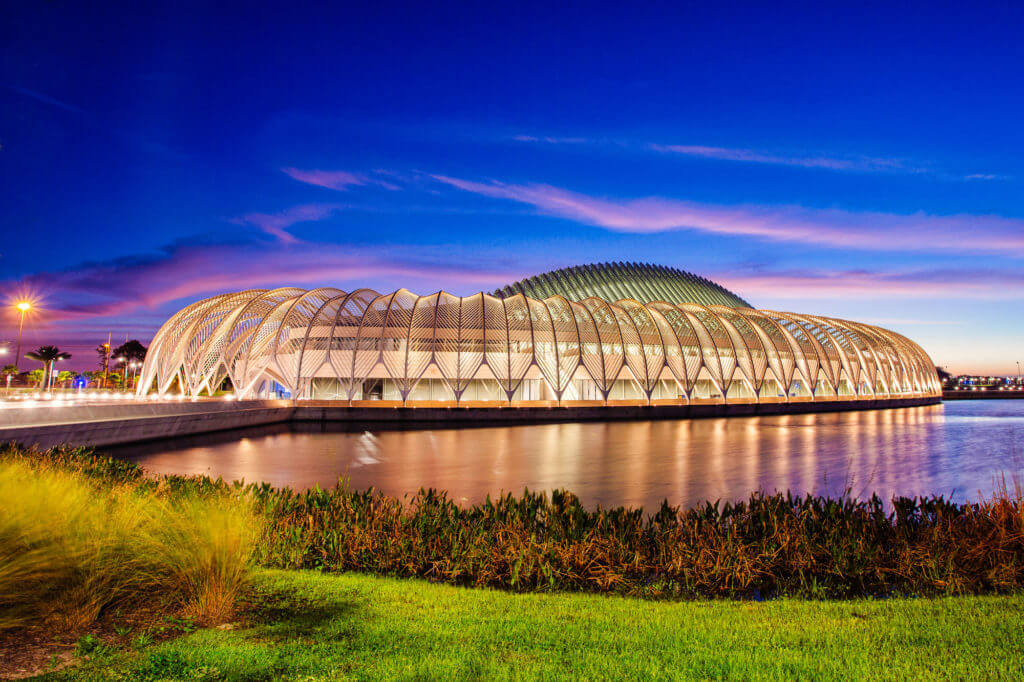 At a little over a year old, the Advanced Mobility Institute at Florida Polytechnic University is garnering attention, partnerships and money that will further its work on autonomous vehicles and its role in the Central Florida Innovation District.

The National Science Foundation recently awarded the AMI a $350,000 grant for equipment. “NSF grants are very competitive, with scoring done by experts in the field,” said Rahul Razdan, senior director of special projects at Florida Poly. “These experts evaluate not only the quality of the research, but also the quality of the staff to execute on the research project. AMI is a little over a year old, so it is a great validation of our strategy to win this award.”

In a press release, Florida Sen. Marco Rubio thanked the NSF for supporting Florida Poly and its research and development of autonomous vehicle technology.

“Autonomous vehicle research is critical to the future of transportation in the state of Florida,” Rubio said, “and I look forward to Florida Poly’s continued leadership in this space.”

The NSF grant came on the heels of a $500,000 state investment in non-recurring funds, something that’s extremely unusual — especially two years in a row, Razdan said. “This is also very unusual, and has been driven by our progress within the state with our interactions with folks like the Jacksonville Transportation Authority (JTA) and FDOT.”

Florida Poly has become a leader in autonomous vehicle technology research, and the AMI is “one of the largest research efforts in the country dedicated exclusively to the testing and verification of this emerging technology,” according to the university. In addition to its partnership with the JTA, the AMI has developed partnerships with the likes of TalTech University in Estonia, among others. And Razdan is leading a new series of research reports on autonomous vehicles for the Society of Automotive Engineers (SAE) that will provide international visibility from the entity that drives automotive standards.

All that shows momentum and value in a very new program and university. Florida Poly opened in 2012 and is the only state university devoted to STEM (science, technology, engineering and math) fields.

The AMI will use the National Science Foundation grant to build a Hardware-in-the-Loop simulation facility to test and verify autonomous vehicle technology in real-time. The new lab, which should be operational in the spring, will allow researchers and students to test how well connected and autonomous vehicles operate independent of interferences like the weather.

That’s a step forward, allowing those involved to test procedures in a cost-effective manner before moving to a testing facility like SunTrax, said Dr. Arman Sargolzaei, assistant professor of electrical engineering and the grant’s lead investigator.

“Advancing Hardware-in-the-Loop application domain to the era of CAVs will lead to a set of exemplary breakthroughs in the field of transportation research,” Sargolzaei said. “We are excited for the establishment of this new facility to accelerate our research mission, which is to make automated vehicle more safe and secure.”

In addition to Sargolzaei, other Florida Poly researchers collaborating on the grant’s research are Razdan and Dr. Suleiman Alsweiss, Dr. Ala Alnaser, Dr. Jorge Vargas and Dr. Saleem Sahawneh.

Florida Poly and the AMI are the cornerstones of the planned Central Florida Innovation District, along with SunTrax.

“Innovation districts work closely with Polytechnics to drive economic growth,” Razdan said. “How does this work? First, the Polytechnic attracts research dollars. Next, this research activity attracts high-tech companies who want to co-locate next to the research team, and finally spinouts from the university build great companies. This grant sets the stage for the first steps and starts the innovation district on its great journey.”

Piyush Patel, a longtime resident of Polk County, is founder and CEO of Kyra Solutions Inc. in Lakeland, a high-technology software company focused on transportation. He’s high on the innovation taking place in central Polk County.

“In years past, when I told folks I was in Lakeland, there was a look of puzzlement,” Patel said. “These days, when I tell them I am in Polk County, the response is, ‘Oh yes, that makes perfect sense.’ “