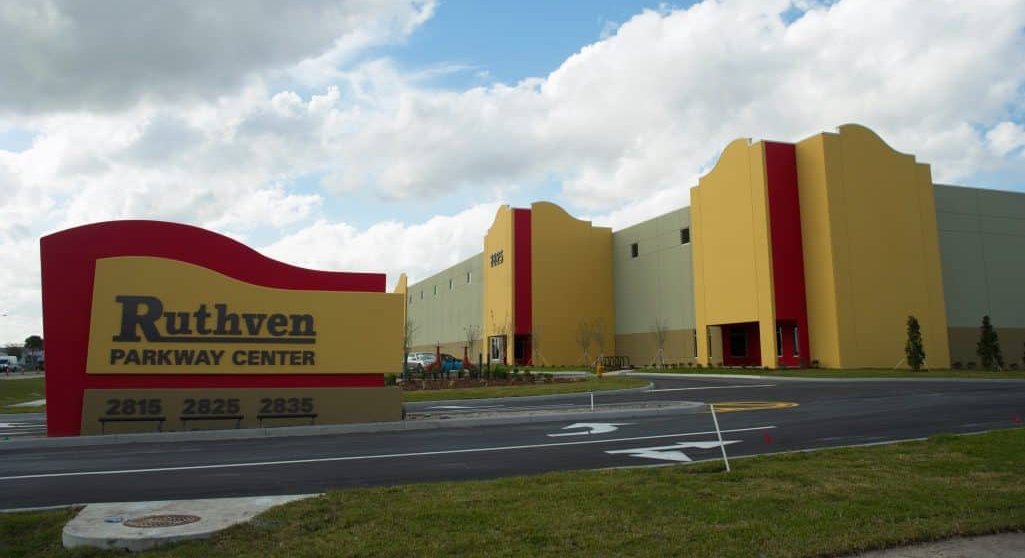 News
Home News The Ruthvens are to Warehousing like Publix is to Groceries
Go back to Blog page.

The Ruthvens are to Warehousing like Publix is to Groceries

Joe P. Ruthven’s first crack at owning his own business, the OK Tires shop in Lakeland, may be why The Ruthvens remain committed to helping small and medium-size businesses find the perfect location to grow.

“We kind of always had our heart in it for the smaller guy, and it’s great to watch them grow,” said Greg Ruthven, Joe P.’s son and president and director of The Ruthvens, a real estate development company. “I’ve got several of them now that are contemplating growing. I feel good about it. We are helping them and they are helping us.”

The late Joe P. started The Ruthvens more than 60 years ago. His sons, Greg and Joe L., now retired, have carried on his legacy, building large warehouses and leasing them out in various sizes.

For instance, The Ruthvens just completed 197,600- and 129,480-square-foot warehouses at 4000 N. Combee Road in Lakeland. Both are fully occupied – the larger by Walmart and Southeast Pet, the smaller by a diverse group of companies, Greg Ruthven said. The third and final building in that business park, at just more than 100,000 square feet, was completed the first week of August and already has five signed leases.

The Ruthvens decided to build on the east side of Lakeland because much of the land surrounding County Line Road is built out, creating a lot of traffic to Interstate 4, Ruthven said. “We thought there was a need over there, and it’s turned out great. There wasn’t much on the east side at that square footage.”

Also close to being finished is a 27,300-square-foot ground-level building near Lakeland Linder International Airport, completing a warehouse park there, said Brandon Clark, vice president of The Ruthvens. Two more warehouses at 104,000 and 109,200 square feet are under construction and will be done in summer 2022, Clark said.

The excitement rings authentic when Ruthven starts talking about the tenants who want to expand their businesses.

“Watching people expand, grow, hire more employees — that’s certainly exciting to us. We love to hear the phone ring and someone wanting to expand.”

The Ruthvens own and lease about 4 million square feet of warehouse space in 90 buildings. According to Jones Lang LaSalle Inc. (JLL), Polk County has 63 million square feet of warehousing and distribution space and a roughly 5% vacancy rate, the lowest in five years. Rent is increasing, but the county still provides better rates than Tampa and Orlando.

Buying land is challenging as the market tightens and companies try to find acreage with the necessary zoning, water and sewer, Ruthven said. “We’re at the height of this boom. It won’t be here forever. We’re 99% leased right now. That’s kind of amazing with low-interest rates.”

Even though construction costs are elevated, it’s a great time to be in the business, he said. “Looking back over 40 years I’ve probably seen this three or four times. I doubt I’ll see it two more times in my lifetime, where we’re in this kind of economic cycle.”

“We’re not interested in selling. We will stay the course,” Ruthven said. To do that, Ruthven hired his son-in-law, Brandon Clark, to take the company into the future. 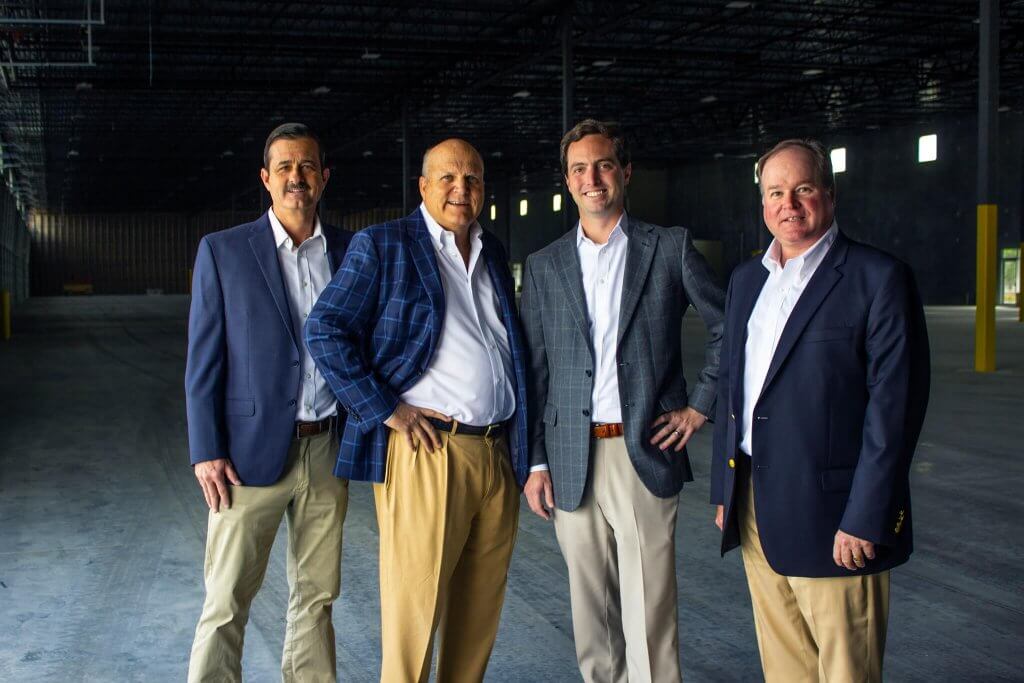 Clark joined The Ruthvens in 2018 as vice president in charge of construction and development activities, leasing, finance and operations.

“He’s young and tech-savvy and he treats people well. He has the culture. I think we’ve got a long way to go. It will be interesting to see,” Ruthven said.

The company president said he thinks The Ruthvens is “as good as it’s ever been right now. We’re three or four businesses in one: construction, management, development, collections, working with tenants. The leasing, construction and management parts are tied down. I think all of our legs are in pretty good shape right now. That’s due to our team members. It’s a very comforting feeling.”

Clark said he wants to continue “the various pieces of the legacy that Joe P. started.” He will focus on two areas:

Being a family member in a position of leadership means a lot, Clark said. “Being able to continue that legacy and continue that on behalf of the family is special.”

In the short term, “We’re looking at all kinds of things to continue to grow,” Clark said. “We’re taking stock of the market and demand for space in Central Florida and making sure we continue to support that. It’s a little challenging right now with construction costs and uncertainty around inflation. It’s a tricky time to know exactly what the next steps are.”

Ruthven said warehousing is all about location. “Lakeland is to warehousing like Plant City is to strawberries. That’s our meat and potatoes. Some people in Lakeland don’t want more warehouses. But Lakeland is a hot spot for distribution in Florida. We’re in the catbird seat right now. We need to accept it.  Who would have thought Lakeland would have the first Amazon air cargo in the state. There’s a reason for it.”

Ruthven said his family has been blessed, which is why the company believes in giving back to the community. Two favorite charities are the Central Florida Speech and Hearing Center and the Polk Museum of Art.

“I would love to have a day come when the kids in Polk County don’t have to worry about getting a hearing aid or speech lessons when they could get them on a sliding scale. If you can afford it, you pay something. If you can’t, we ought to be able to help. It’s something we try to lead the way in.”

Clark wants to continue helping Polk County grow. “What Joe P., Greg and Joe L. built has allowed for enormous economic growth in Lakeland. We also benefit from economic growth. When trends in industries are hot, we benefit. It’s why I spend time with the CFDC and LEDC, thinking strategically and working through different ways to prioritize the future of Lakeland.”